Scary puzzle games like these are what great gaming fun is all about. Check them out! This is a horror game in the first person.

You have to go through the first part of the game.

You travel from city to city because you are not used to staying in one place. While working at a gas station, you come across a newspaper

with a vacancy announcement for the position of a security guard, and by dialing the number, you were asked several questions.

Only one point was important - are you ready to follow the rules and perform the tasks?

You were not interested in the details, because you did not plan to stay in this place.

The only thing that interested you was the payment and bonuses for the night shift.

You dont have much to choose from, and you have only the military service as an experience.

Because of your hot-tempered personality, it was difficult for you to linger on past jobs.

It was not easy to find the place, because it was hidden far from the nearest settlement.

Night, bad weather, lack of good visibility, and you turned onto the wrong road.

You didnt find anyone at the founded location and decided to call the intercom. The voice was not very friendly.

After receiving the entry code and instructions on where to go next, you get to the meeting place with your employer.

The action of the game begins in the elevator. Its your first day at a new job, youre a little worried that youre late.

Forgot to read the instructions you received in the mail.

Thoughts appeared in my head about how to fix this situation.

The elevator doors have opened in front of you, and behind them is a man who is extremely passionate about something.

The attempt to start a conversation failed and there was an awkward pause. A siren sounded.

You were reminded of the instructions that you didnt have time to read, and it probably contains important information.

Well, nothing, well figure it out on the spot, and you wont get used to it. You have a strange feeling that the whole situation is extremely strange. As soon as you want to take up your duties, mysterious things begin to happen that frighten

Whats going on here? This is not the job I was hoping for at all, but what if I fell for a trick? You have to find out because the further you go, the more things are starting to get out of control.....

A complicated story with a plot twist ;

You will have to collect information bit by bit and figure out what is happening;

Solve puzzles and use all available objects;

The creepy and tense atmosphere only escalates the situation;

Especially the gloomy concept of the game;

Light is your only helper;

The weapon will not be easy to get, and each cartridge is valuable;

Different mechanics of the characters behavior will make you nervous and make quick decisions;

As a bonus, you will open a new location where you can get new hints for the game;

A young girl needs to find her friends, unravel a dark mystery and escape the clutches of her cursed toys.

At Blacklands Manor Orphanage, three toys arrive in a donation box for Esther and her two friends Molly and Isaac. They call the tiger toy Mr. Stripes, the panda toy Miss Bo and the rabbit toy Mr. Hopp. Not long after, Molly and Isaac disappear and a mystery begins to unravel around the three toys, as well as a dark history of the town of Blacklands. 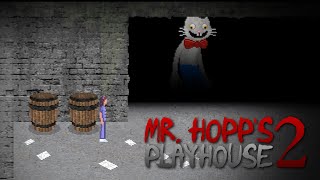 There is no jam for dinner! Grandparaffine asks () Bulb Boy to fetch a jar from the basement, which is the beginning of a scary adventure.

The second part of the game from the creators of the award-winning Bulb Boy, loved by a quarter of a million people. This time we will experience extraordinary adventures inside a crumbled cellar.

graphics that will make you feel part of a 90s cartoon. ( థథ) Become a Magic Thief in a new reinterpretation of the classic minesweeper game. Immerse yourself in the world of the magical Middle Ages, open chests, use charms and avoid encounters with mysterious crystals!Magic Thief is a minesweeper like you've never seen him before. The cells are chests, wooden boxes and other vaults of jewelry, which our skillful thief wants to take away from the bad and the rich for the poor and deprived.Features:Five game locations: taverns, dungeons, goblin caves, crypts of kings and magic voidsCampaign mode and story quest eventsChanging size and shape of the playing fieldClassic mode for fans of the original game in Windows systemsAre you not afraid of difficulties? Don't worry, the levels won't be too easy.On your way you will meet:Mimics cleverly masquerading as other objectsInvisibles hiding from your search magicTeleporters changing their position on the mapAntimagic crystals that block any interactions with the area aroundAnomalies generating a wave of energy that activates neighboring cellsAnd yet, your life will not be so difficult, as you take control of the magic of four kinds!Use:Transfer Scope for cell theftSensitive Powder for crystal searchRings of Time to make a move safelyTime Shifter to correct your mistakeNever played minesweeper? It's not scary. Inside the game, you will receive detailed training in the classic basics of the game. Made by Glitch Games

Play as paranormal investigator John "Buster of Ghosts" Murr as he explores yet another mysteriously creepy house.

This time he's on the case of Evelyn Bright, a 10 year old girl that went missing whilst playing hide and seek with her father.

Will John solve the mystery of the missing girl and discover what really happened in the forgotten room? Tune in right now to find out!

In game camera so you can take photos of all the clues you find. Less back tracking!

Plenty of puzzles to get stuck on.

Candles! Candles are a feature right?

BABA YAGA is a horror game, where you play as a wooden boy who needs to bring sleeping herbs for his mum, but on the way, he meets the BABA YAGA! After that everything becomes more brutal and scary. This game is based on many fairytales about Baba Yaga in some of them she is the helper and in others is a scary monster, who consumes children.

In this game, you will get

Several scarry levels some inside, some outside

Puzzles where will have to recreate the lifetime of Baba Yaga

Atmospheric environments based on horror and FPS games from the early 2000s, late 90s.

Retro looks and many spooks! George wakes up in a house that is familiar to him. He doesn't know what year it is. He doesn't know how he got into that house. Time and space lose all meaning. As his memory begins to come together, he realizes that he has ended up in his worst nightmare. Made by Nick Barber

Ash Fall takes place in the secluded town of Lethe, where something isn't right.

In Ash Fall you play as Steven, a newcomer to Lethe. Throughout atwisting narrative, you will uncover Stevens haunting past, his mysterious mental condition, and Lethe's darkness, lurking just beneath the skin.

Steven's mind is split in two. Both personalities never to share experiences or memories.He collects mindin a journal, but, one wonders what he would be without it.

What is a man without knowing himself?

Ash Fall is a short and sweet love letter to the classic point-and-click games we all know and love. All with beautiful art, a haunting atmosphere, and a complex Lovecraftian narrative. 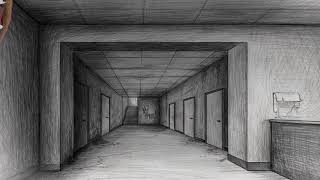