Judging by all the great loot to be found in every dungeon-filled fantasy game, those worlds are filled with multiple races with tremendous respect for the dead, never disturbing their rest..

Does the perfect fantasy game actually exist? Hell if i know, but these picks look great...

Eletar hero is a 2D platformer where the hero of the story (Aaron) has recently escaped hospital after being struck by lightning. Little known to him is that this lightning strike was not random, it was the result of an archaeological dig that came across an ancient alien structure. This dig was taken over by a mysterious organisation headed by the infamous Mr Stevens. With his intention of powering the structure to take over the country, the protocol of the structure was to find a hero to defend it from evil. The structure altered Aaron's DNA to become its "hero"; now he has to find out why he was chosen and if and he wants to follow his new destiny and protect the Eletar.

Find hidden abilities the Eletar have left behind Made by Spalato Bros

FOR MAC OR PC!

Guardian Angel is a first person horror game based on strategic use of pathways and decision making.

You are a pilot, but something went wrong and you crash on an island.

You must complete the objectives before enemies engulf the player.

You can use the flashlight in strobefocus modeas a form of temporary defense against the enemy which buys time to complete objectives.

The game endorses awareness of surroundings, and punishes those who hesitate.

Please support us so we can make more levels!

For the ultimate experience:

Play with at least 60 fps

Play in a dark room.

Players who feature the game in a YouTube video will be listed on the "Special Thanks" board. (about to be filled up).

Players who "complete the game in normal mode" will be listed on a board.

UltraZangiefZ, steRS, SaucyYasser and charhills arethe only players to beat the level in "Hard" difficulty. 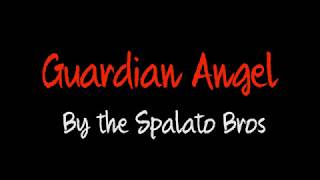 As Lord Robert Temin, you make your way through a massive castle fotress, moving back and forward in time between Sping, Summer, Autumn, Winter and Limbo, avoiding all manner of deathly traps and solving a wide range of 3D puzzles in your quest to rescue the soul of Lady Elizabeth Kestle from the clutches of the Demonic Entity.

Over 60 check-pointed gamesaves over hours and hours of play.

Walk, sprint, jump, climb, wade and swim both on and under water.

Collect coloured gamespheres to use in puzzles and enhance player abilities. Wishlist now to get notified when the game launches!

Adventure of Tuck is a roguelite game in which you play as Tuck.

Fight a wide variety of enemies with unique attack patterns. Upon defeating the enemies, Tuck will write more information down about each enemy with some of his own silly little comments. Tuck has a basic attack, three different basic abilities and an ultimate ability. These basic abilities are upgradable!

Explore different types of biomes which have different enemies. Each biome also has a couple unique special tiles, which makes it worth exploring!

Each biome contains a unique boss with different attack patterns and multiple phases. These epic boss fights are definitely not something you should underestimate! Made by Corentin H.

Obusite will take you on a thrilling adventure. As a misguided little child, sneak your way through this out of time place and flee from its occupant. He's not what he seems and will do anything to keep you in those walls.

Play with a controller for a better experience !

This game is a tribute to LN made in a month and half within Technocite structure. It has no commercial purpose yet 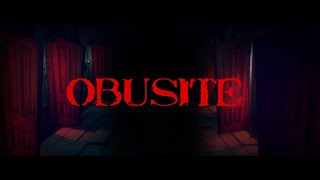 Requiem is a 3rd-Person storybook adventure. Play as one of five adventurers entering into the Dream; a spirit-world wrought with peril, and close the rifts to save the Waking World from the spirit-wraiths. Developed by Guillermo Vazquez and published by MAE Co., Ltd.

If light is perfect, why does darkness exist? This is the Light Paradox, and the inspiration behind our universe.

Dive into a fantastic universe with multiple secrets to uncover as your mission unfolds. Embrace the mysteries of creation and discover who or what lies behind the curtain as you meet new creatures and fight unexpected battles along the way.

Choose your own path, be anything you want to be: Farmer, merchant, thief, miner, hunter, necromancer and much more...

This 2D J-RPGSurvival game was made for those who enjoy the old traditional J-RPG videogames style.

Notice: All controls are keyboard- When you pick up powerups, you rewind back to spawn. 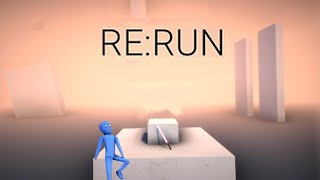 Read Anujit Roy's Art is as Amazing as it is Ancient-Looking @anujit.roy next.