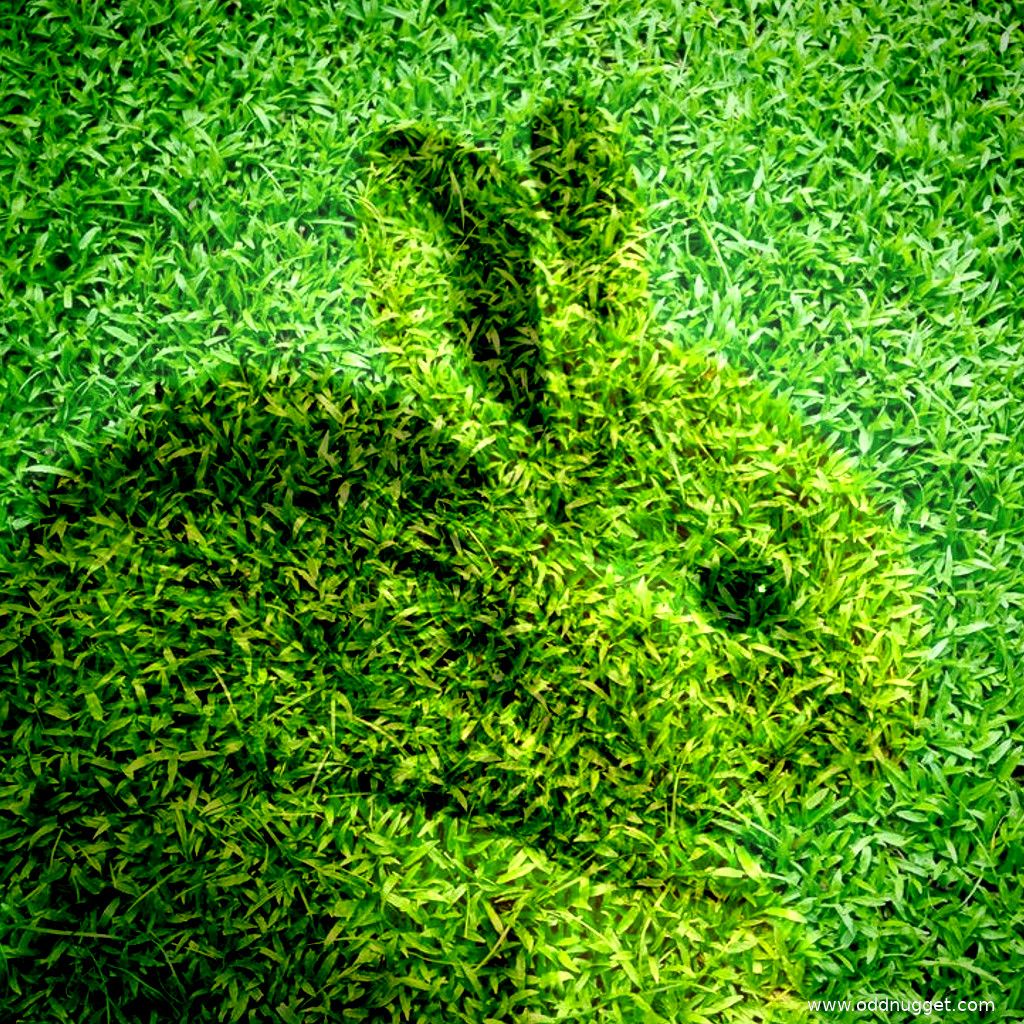 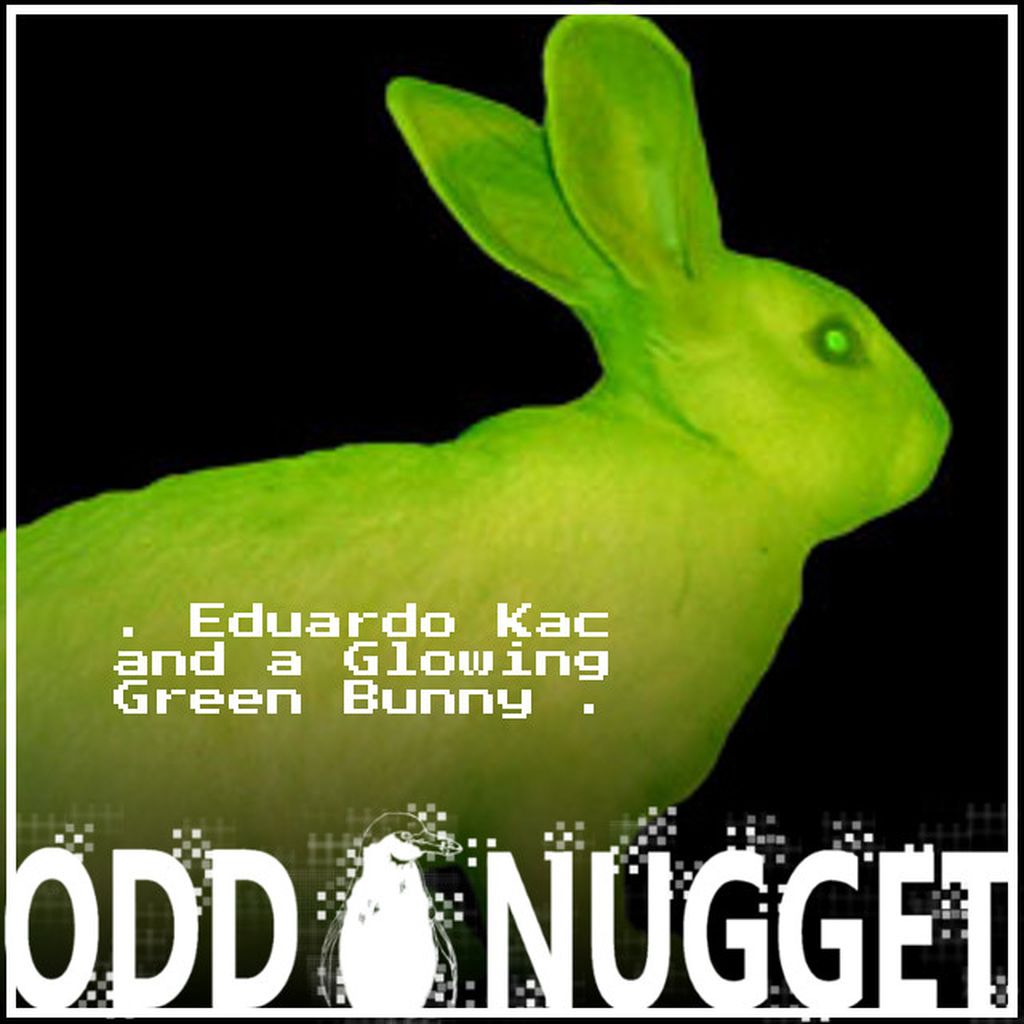 Off the wall, art as installation or performance challenges inhibitions like canvas never can. In the case of often-experimental artist Eduardo Kac, it challenged the fluorescent-glow-inhibiting genes mammals like the humble bunny rabbit happen to possess.

“If we knew what it was we were doing, it would not be called research, would it?”― Albert Einstein

An experimental piece of his entitled "Genesis" rendered the Bible's Genesis 1:26 as Morse code and then as genetic code - finally implanting it into bacillus e. coli. The little bacteria then were grown in a petri dish under a remotely operated UV light which would activate for viewers to observe the specimens. All this was done to mess with their minds - prompting them to consider whether man ought to have control over the earth's inhabitants to such a degree. If not, they would need to accept that man does already have such control and refrain from turning on the light, as it would activate the mutations.

“An expert is a person who has made all the mistakes that can be made in a very narrow field.”― Niels Bohr

Alba was the name of a bunny rabbit Eduardo commissioned a genetic lab to implant with GFP (Green Fluorescent Protein). This went exactly where you're thinking...

A glow-in-the-dark bunny was born. 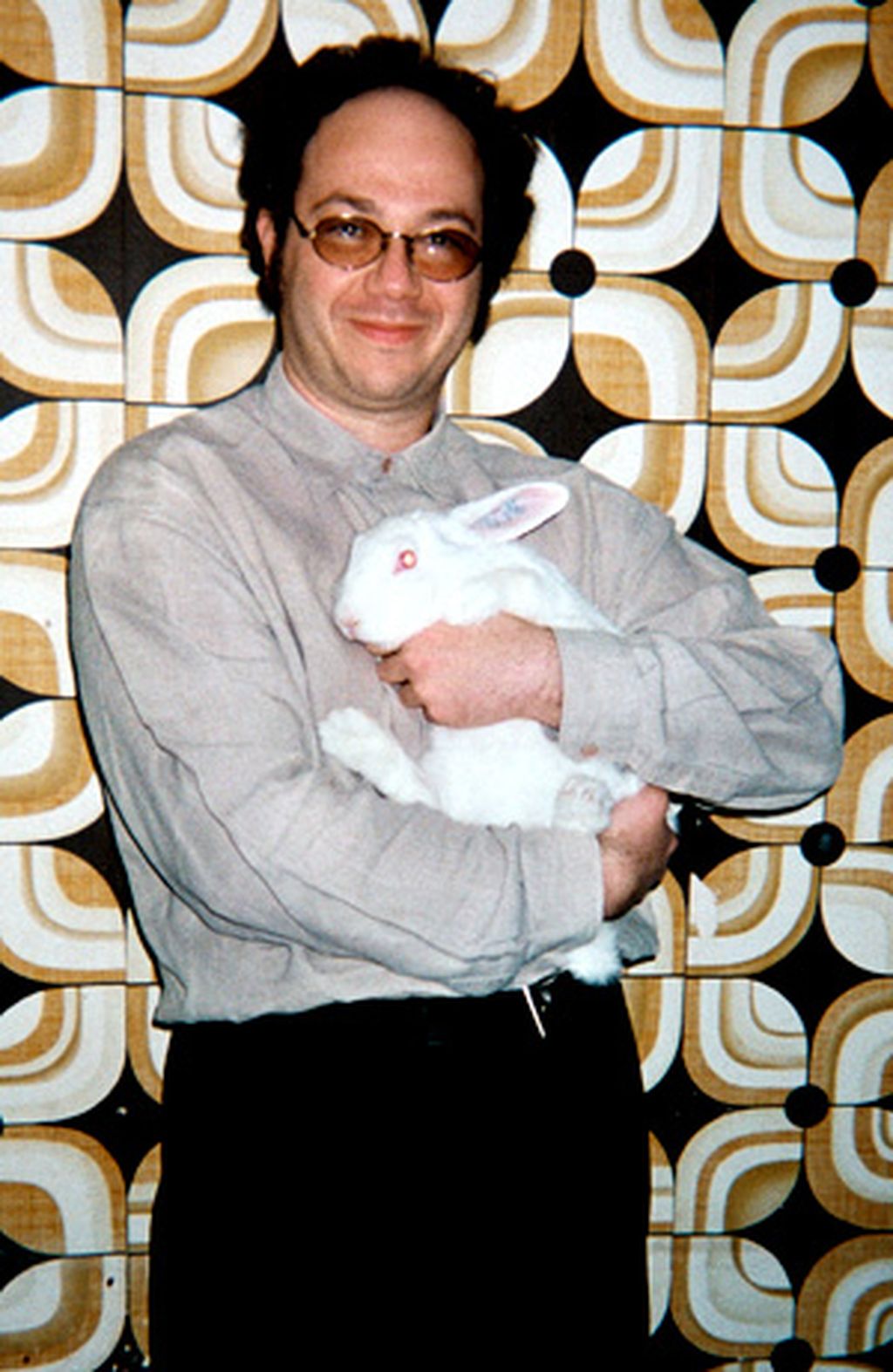 Under a special light, Alba did indeed glow, but under the light of public scrutiny, the effort was heavily criticized. The situation escalated somewhat when the world's first fluorescent furball was denied release by the lab that made it.

Read our article on Outsider Art...