Hotel California would make an interesting premise for a horror game..

Not all video games are worth a mention, but the horror games that follow are at least interesting enough for a few hours of fun, if not a lot more!

One teenage girl was found dead in a mysterious cabin in the woods. She was lip sewed. It appears that she performed some unknown rituals during the few days before her death.

Oujia: Rumors provides a first-person thriller-horror survival experience taking in a haunted house. The fictional storyline is set to raise awareness against the power of rumors. The wise do not buy rumors, do you?SYPNOSISIn Oujia: Rumours, play as a father whos left his daughter (Sarah) and wife in a cabin in the woods, where he promised them a new life. After 10 years of torture and judgment of his own guilt, he returned to the small little cabin, trying to right his wrong. Live Sarah's life and experience the despairing and miserable life she had after the rumors of her dad were spread.KEY FEATURES Ouija Rumours is developed by a one-man team. First-Person Gameplay Atmospheric and appealing graphics Light PuzzlesYou can disable the effects (Bloom, Motion Blur, Ambient Occlusion) in the setting. It would be highly recommended to enable the settings to enhance the game experience. However, It will slow down the fps at the same time. It's best only when it fits your computer graphics setting. You just woke up on a dark rainy evening, your parents have gone out for dinner andyou're home alone.

But is that the truth? What has happened in this house while you were asleep? What are the secrets that lay hidden within this house?

Special thanks to SeraphonDev(itch.io) (twitter) for help with playtesting and bug fixing!

Music by Eric Matyas, check him out over here!

If you do play the game and stream it on Youtube or any other platform, do let me know! I'd love to see any playthroughs!

Your feedback helps me grow and make my games better!

Thank you for playing! 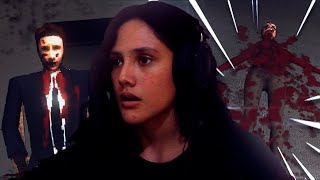 Monkey Mansion is a multiplayer co-op horror survival game for 1-4 players. Your mission is to obtain the priceless relics hidden inside a lavish 1920's Russian mansion. Recover them all without getting caught by the old pet proboscis monkey that was affected by the maniacal rituals performed there.

CAN YOU GET THE JOB DONE?

You can run but you can't hide from the giant possessed monkey that is left to roam the mansion of its mysteriously deceased owners. Your assigned objective is to steal the enchanted relics found inside and contain them in an expensive "Power Dampening Container" accommodated by the big bucks of the government agency that hired you. You cannot, however, grab any relic that you desire. Each one of them relies on the power of and is protected by another relic, except for one, due to some other unknown presence inside the mansion. Find keys, unlock rooms and passages, and work together in order to stay alive and complete the mission. Just make sure that if something feels wrong, RUN. And don't look back.

You and the monkey are not alone. After a disastrous ritual was performed in the mansion, all of the residents went missing and the monkey was left behind. It seems as though a powerful entity had taken over it, causing it to go through strange transformations.

STEAL THE RELICS IF YOU DARE

As you try to take something belonging to the supernatural, you're in for a ride.

Beware of the demon...

When you are detected to have stolen a relic, the demon behind this madness will leave the monkey's body and chase you by itself, introducing a whole new set of problems.

It gets harder and harder...

As the game progresses, both the demon and the monkey get faster and more powerful.

Use the medical syringes that are scattered around the map to revive your fallen mates, unless you are playing on your own.

Not only are the moves of the AI impulsive and unpredictable, the items, keys, and relics are found in random locations every time you play, providing you with a unique experience over and over. IMHA is an action horror FPS set on a mysterious island ravaged by a demon invasion.

You are washed up on the shores of a mysterious island, attacked by deadly monsters, to survive you must battle your way through hordes of enemies. Your path will lead you through abandoned villages, dark forests, dangerous swamps and ancient ruins.

IMHA is a passion project developed from scratch by a one-man team. This horror FPS features dynamic pacing and spawn system providing unique challenges every time you play. THIS IS A DEMO

SHORT TEASERSTORYLINEThe Year Is 1955 you are a private investigator that is currently working on many cases. One of them being a missing family that has disappeared ever since their return home after a vacation. Neighbors reported to police that they have not seen them since, and have requested a welfare check. Upon police entering the home everyone in the family was found dead. Except for the father, his body was nowhere to be found. You must figure out this crime and survive the horror that happens along the way.KEEP IN MINDThe Story of the game is meant for you to discover, for example,what YOU think happened to the family. I want to see and hear other people's opinions and theories about what happened to the family and any other mysteries that happened inside the family's house. I hope to hear lots of theories!PLEASE READI want to let everyone know that this is a short horror experience andif we receive lots of positive comments and feedback we will add lots more to the storyas we already have lots more writtenSo please if you enjoy the game make sure to rate it on itch.io and leave a positive comment!THERE WILL BE OFTEN UPDATES FOR THIS GAME SO KEEP ON COMING BACK TO SEE WHAT'S NEW!!!TRY OUR OTHER GAME!JOIN THE DISCORD FOR EXCLUSIVE ANNOUCNEMENTS AND GIVEAWAYSdiscord.ggD46dATzdhWTHANK YOU TO EVERYONE WHO HAS DONATED! YOU HELP MAKE THE GAMES! AND KEEP ME INSPIRED. I SO AM HAPPY TO HAVE YOU ALL AS FANS!! 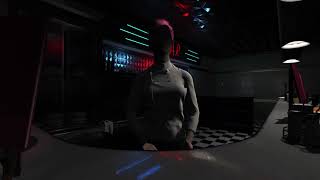 Contact is a horror point and click adventure game. In a bizarre world where you are trapped in an accident, you must investigate and find the whereabouts of your family. You have to run away from the creatures that attack you and collect items to overcome obstacles.

The main character avoids contact from her father and ends up heading home. However, she has an accident of falling off a cliff and wakes up in a familiar place. Is this hell? Or is it her hometown? MARY - is an adventure shooter with surviving elements where you will survive in zombie apocalypse playing as a girl named Jane. The world is deeply in chaos in which money is nothing. Endless armies of enemies are waiting for killing you. The only way to survive for you is to get to prison where the rest of survived people are hiding. Be ready-it will be uneasy. You will fight with different monsters. Look for guns, collect ammos, search for houses. Finally, you will be lucky and get to prison.

The exciting atmosphere of the post-apocalypse. Technical Details : This Game Was Made In 2 Days of My Free Time, This Game Is Just a Concept, It's a Simple Game, I Will Improve it With Time And Release New Chapter Soon.

PLOT:You're An Engineer Who Just Lost His Wife, Your Wife Commited Suicide For No Apparent Reason Even Though She Was Pregnant. The Story Takes Place On The Same Day You Buried Your Wife, You're Coming Home, But Will Be Alone?Duration : 5 - 25 minutesTo Interact : Aim And Click Left Click(Open Doors, Turn On Lights,Etc.) 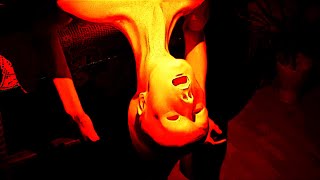 Read These Alarming School Stories Will be Stuck in Your Head - Odd Nugget next.