The game, Kick the Buddy, involves beating up a ragdoll to relieve stress, but the character seems fairly cute and sweet.

Why not just chill with them instead?

Cute fighting video games can make for a great getaway. Feel free to peruse and play a few of these...

Developed by Playfellow Studio and published by Rogue Games, Inc.

With no humans in sight, the cats are boredand you know what that means? Thats right. Its time to tussle! Pounce, hiss, flail, and claw your way through the kitty kingdom to prove your wobbly cat is best cat.

Fisti-Fluffs is an adorable (and yes, ridiculous) physics-based party game where you tussle with other cats and destroy the environments in frenetic over-the-top battles. Of course, you can play alone, but its even better with friends. So get your claws out and prepare for some kitty carnage.

In Kibble Defense, you and up to 3 of your best friends fend off rats and other critters from stealing your kibble in this endless wave based game mode.

6 fully destructible, fun, exciting, and colorful stages to bust up the additional, only playable in Kibble Defense, the largest and most comprehensive house stage

An adorable roster of real life cats digitized to play as. Try not to ooh and aah at all of the lovable kitties and charming style

Create and customize your kitty with unique cat styles, hats, and outfits If you'd like to support the project, please consider droppin' a little something on my Ko-fi :)

3 toggle fullscreen (not recommended right now, I have to work on resolution issues)

4 toggle screenshake on and off

In this demo you play as Twinkelen! (cat maid)

F -Flirt(try it near Rote)

O -ACTs. Powered-up attacks that do heavy stun damage. (Only down O while airborne, down O on ground, and back O are in-game)

Shift -tap to toggle dragging the cleaning cart along with you

A -Jump( X on PS controller)

Dpad Down-Flirt(try it near Rote)

B - ( Circle on PS controller) -ACTs. Powered-up attacks that do heavy stun damage. (Only down B while airborne, down B on ground, and back B are in-game)

Dpad Up- Interact with various objects, including doors, saving checkpoints at the cleaning cart

B - ( Circle on PS controller)Temporarily Disabled

Dpad Right - Interact ( interacting the cart makes it follow you)

Dpad Down - Refill (refill tool energy at the cart)

Charging Attacks -Holding the melee button to charge energy for your next attack. (up-tilt can't be charged right now)

Clouds of dust are emitted during attacks, allowing you tohit dust particles from a distance.

Dash - You can dash in all 8 directions. Holding up, down, diagonalupdown will change the direction. Dashing gives you a short moment of invincibility, allowing you to go through enemy attacks. Tap the dash button for a short burst of speed or hold it down for a longer dash.

Dash Jump(dash jump) Dash Jump onto glowing pink objects toslide on them! It adds to the combo meter and makes traversal more fun. (to be expanded later)

Rack up a high combo count for more damage and gems. Taking damage resets combo to 0.

Sliding- holding crouch while moving to retain momentum and slide along the ground. 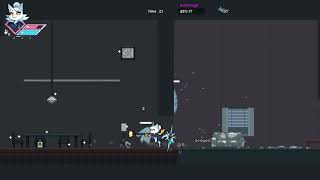 Fat Man Fights is an action-arcade game with a humorous and light-hearted tone that is centred around an innovative and entertaining pushing mechanic.

Compete in fast-paced, hilarious sumo wrestling games against quick-witted AI opponents for the chance to win more tasty and delicious food (like donuts! And cake! And pizza!)!

First one out of the ring loses!

In Fat Man Fights you will start off in your humble home where you are then able to select your sumo wrestling games from your TV.

In the sumo wrestling match, the core mechanic is pushing.

This is where you hold the mouse button to charge up a push:

Then when you release it, the player will push and the power of that push will correspond with how long the mouse button has been held down for.

This allows for a constant change in playstyles from offensive and defensive which keeps the gameplay always interesting and engaging.

Jumping is also a huge part of the game!

What Fat Man Fights does offer:Fast-paced, fun and exciting sumo wrestling matchesA break from the darker and deeper games on SteamAn fun and unique push mechanic which is the core mechanicA light-hearted and enjoyable experienceHigh replayability - easy to learn but hard to masterA bright and colourful art styleBelly flopping. Lots of it.A competitive drive - leaderboards and statsA well-balanced game that suits all types of players with different skill levelsComedic vanity items for the playerA variety of maps that suit different playstylesWhat Fat Man Fights doesnt offer:MultiplayerDeep and meaningful gameplayIncredibly well-drawn artHey so you've scrolled down this far, Ill tell you a bit about me.Hi Im Anika, I made Fat Man Fights, I'm 15 years old and I live in England :)If you have any questions or constructive criticism (which I would love to hear) please do so in the discussions of the community hub, I will always check it! Join Cardbot as he ventures on his quest to recover the 10 Sacred Gem Shards!

It is the year 4032. Humanity as we know it is gone; The Corruption spreads. It's up to Cardbot to retrieve 10 Sacred Gem Shards, and use them to terminate the Corruption in order to restore Earth to what it once was!

Play as Cardbot, a mysterious robot who crash lands on a new planet that houses dangerous creatures and strange portals to new dimensions. Set out on a journey to uncover the past and save the future!

Travel through different dimensions, each with their own distinct identity! Explore open areas and uncover secret locations! Come across towns and meet new people who inhabit these strange landscapes!

Perform powerful combos on your foes! Encounter many different enemies and challenging bosses! Use your skills to dodge incoming attacks and punish! Use your kit of moves including: Punches, Kicks, Grabs, and Swords to fight your way through!

Defeat enemies to collect their loot! You can sell them at shops you find while traveling. You can also buy items to help you on your journey to get stronger!

Use weapons and gadgets; collect a full arsenal! Battle the corporate machine in The Company Man! A 2D action-adventure where you can hit your crazy co-workers with a keyboard and shoot your evil bosses with emails. Survive the struggles of working life and fulfill your lifelong quest to be CEO!

THE WAR OF WORK

Jim finally graduates from university, ready to launch his epic career in the Good Water Company. But things quickly spiral into insanity as he finds himself fighting to keep his job.

Drink coffee to survive the tortures of working life. Learn the quirks of each department, from the air-conditioned ice lands of accounting to the mountains of paperwork in human resources, beating every floor on your journey to the top! In this free lamb edition of HIRT, you can start brawling your friends and experience a first map of the sheep-fueled local multiplayer brawler game. HIRT puts the players in the role of competing shepherds. They try to win holy pastures for their antagonized clans, fighting each other with every wooly mean they find on the sheep inhabited islands. Throw sheep, ram and baaaa yourself to victory!

Get your controllers ready, grab some co-shepherds and get ready for sheep mayhem!

Get a taste of HIRT's unique systemic gameplay. Experience the sandboxy combat system built around sheep, which lets you grab, toss, hide and ram and defeat your shepherd friends with unique melee attacks.

A first impression of the merciless sheep mayhem combat of HIRT

An emergent gameplay and world, where weird chain reactions with sheep and weaponry are possible

A strange and outstanding setting, in which player fight with herds of self-determined animals

One of a multitude of islands

HIRT combines epic sceneries with intense and hectic gameplay mechanics. In HIRT - Lamb Edition, players face each other over and over again on a tiny island, desperately trying to win back the old remnants and forgotten sanctuary for their clan. However, the sheep count and available items differ every round, so no sheepy battle stays the same.

Ready to leave your time as a lamb behind and become a mighty ram? Try out the full game!

Many islands to fight on. From outlandish pastures, over ancient towers to small specks of rocks in the ocean.

More weird and unique weaponry. Ever wanted to try out a wool shotgun? Hit your friends with a holy shepherd staff? Use a tornado horn? Wait no more. Welcome to Punch Pong - the world's first ping pong fighting game - where you defeat your opponents from the far side of the table. Punch Pong is inspired by games like Street Fighter, Tekken, and Mortal Kombat... but there's a twist. Use special move combos to wear down your opponents and pay special attention to ball trajectories in order to find the right moment to strike.

Concentration, reflexes, and strategic quirk are your keys to victory.

Unlock VERSUS mode to play against your friends in local multiplayer

It's quite ingenious and a has a lot of style to it... Love the idea! "

Buy this game at a reduced price and all future Itch.io releases, content, and updates will be yours... forever!

All new content comes unlockable with the game at your purchase price. 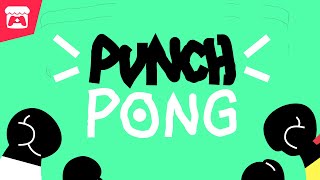 Read Drink Pictures so Ridiculous, You'll Have a Laugh Attack - Odd Nugget next.