People in the International Space Station could have an IRL Among Us game if they wanted to.

Space strategy video games can make for a great getaway. Feel free to peruse and play a few of these...

The steam train revolutionized transportation on Earth. It was only a matter of time before the same thing happened in space with different technology. Take control of a company building jump lanes through the timeline of their development. Will you build a successful company or fall behind your competition? Each turn you must decide between expanding your network, exploiting economic opportunities, or upgrading your hardware. Be careful which decisions you make; too much time upgrading may allow others to get the best opportunities first.

The core of the game is a series of scenarios with a set of specific goals to achieve within a certain time frame. Each round you receive three turns and must choose what to do carefully. Will you expand your network, implement new technologies, or focus on deliveries? Each time you take a turn any competition also gets to take a turn which may cause them to get to the best opportunities before you. However you must also consider profits in the long run. Profits are not immediate and also decay over time.

The primary inspiration is train-based board games. If you enjoy those then this game was made for you. Got Gamer's Block? Bust Open One of These New Indie Space Strategy Games for a Change of Pace - March 2022

Made by StarChart Interactive

Dominus Galaxia is a 4X space strategy game with a focus on amplifying strategic decisions and minimising non-strategic busywork.

This is a fully featured, unredacted version of the game, playable from start to finish.

Please consider backing us on KickStarter.

Dominus Galaxia features:Turn based gameplay and turn based tactical combat.Combat can be auto-resolved at any point, and supports >2 sides.Ten different races, with two currently playable.An infinite tech tree with multiple fields that can be researched concurrently.Efficient, slider-based colony management. No build queues to fuss over.In-depth ship design.Many optional features (eg. can play with or without star-lanes).Hot-seat multiplayer.Diplomacy, espionage, invasions, and planetary bombardment.And much, much, more!This build will be updated until the campaign is finished and we send out all beta keys.OSX and Linux builds are now available!Note to Linux users: AMD GPU users should run the game with dgvulkan.sh.In addition to to the Linux version,theWindows build has been reportedto work very well with Proton (but read this if you have any trouble).If you have questions, suggestions, or just want to hang out for awhile,hop on over to ourDiscord server! 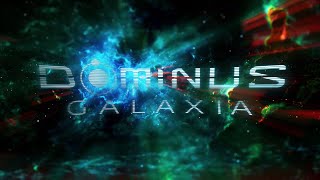 You have just retrieved the ancient Star Relic from the hands of the Swarm, now you have to survive until you escape from their reach. Will you be able to succeed against betrayers and a relentless ancient force?

Eight different characters to choose from, each with their unique strengths, weaknesses and special cards.

Play cards and abilities to survive and betray

Try to get away by playing cards with ambiguous effects.

Use all tools at hand to succeed

Rule as the Joker and tap into the Wild deck to control the fate of your mates as you see fit.

Team up to overcome challenges

Play your cards as either buffs or debuffs.

Use your skill cards to influence and control results.

Defend against the endless Swarm forces

Manage your resources to stay alive, measure risks and diminish your losses.

Maintain and repair your ships to keep fire from spreading.

Pilot ships and take down the Swarm forces with the help of your combat cards.

Be the Admiral and choose the jump destinations to lead the crew to victory (or not).

Win and lose together

Players can be constrained but not put out of a match.

Who do you trust? How will you triumph? Star-Twine is an abstract real-time strategy game in which you control a point of light created by a dying star. Battles unfold on sprawling three-dimensional maps as you collect energy and build structures to attack your opponent. Chill out to the atmospheric visuals and soundtrack as you plan your next move.

Star-Twine is a game of positioning and timing. Energy Nodes are used to collect resources, Turrets fire at the enemy, Black Holes absorb nearby projectiles, Sentinels stake out territory and Missile Launchers deal massive damage to an area. Through building these simple structures, many different strategies emerge.

Create a world, play it music and watch it react and evolve.

Just Add Noise lets you control an audio reactive world, build a scene and play it your own music. Control how your scene evolves by adjusting settings, build a set for your next stream or create a scene and watch it grow or fail.

Build the perfect ecosystem, fertilized by your music and watch it bloom or will your ecosystem fail?

What will your music attract? Depending what plants you grow and the music you play, different creatures will visit your scene.

Just Add Noise is a solo indie project made in Unreal Engine. An early access version should be available soon. Year 2077. A wave of uprisings swept the republic. More and more star systems began to go over to the side of the rebels. And at this difficult time for the Republic, an old enemy unexpectedly appears - the Alliance - with new forces, ready to deal a crushing blow to the forces of the Republic. Uniting with the rebels, the Alliance begins its invasion of galaxies controlled by the Republicans. Can the Republic resist and regain its former greatness? Or maybe there was no greatness of the Republic at all?

1. Turn-based global strategy, with the management of 4 types of resources, improvements to your Mothership and the study of new Technologies

2. Capturing new stars in the galaxy

5. About 100 different ships, with their own weapons and shields

6. Single player campaign, multiplayer on the network and on one computer

7. Battle modes - with AI or other players Solus Sector is a single-player turn based strategy with simple mechanics. Control spacecrafts and build bases to reach the center of the galaxy. Every sector presents a new tactical challenge and unfolds the storyline.

Solus Sector is coming to Windows, Mac, and Linux.

Sense, Plan, Act:All players plan their turns simultaneously. Anticipate your opponents attack and come up with the perfect action plan every turn.

Linear storyline:Discover how the story unfolds as you progress through the sectors and complete missions.

Simple mechanics:Without the burden ofovermanagement in thelate game , the fast paced gameplay is kept during the whole match.

Alpha 1 (v0.1.0) delivers the core features of the game in order to gather feedback. There are 5 missions (with almost no story)and it's possible to reach a "end-gamecredits screen".The aim of the betais to ensure that the game-play feels ok and that the game is minimally stable.

Read Picked Apart by A Perfect Circle's "The Package" next.