Action movies are almost never like action games - respawns are completely out of the picture.

All of these great action video games below should keep you pretty busy for the next few hours... Or days.

Oftalmogarden is a fast and chaotic roguelike shooter set on a bizarre eyeball-populated planet where you get both upgrades and curses. You are not welcome here, the sky is watching and time is running out.

You receive curses by staying in gardens, so be quick to find the exit. Find good weapons and hunt down eyeball monsters to complete gardens and gain XP for upgrades. Things will get harder and harder as you go further and accumulate curses, how long can you survive? Made by Game Bakers

As the new waiter of the evil bar The Right Shot, your job is to serve cocktails to the bar's customer. The bartender is bombarding you with colourful cocktails… Catch them, throw them: whatever it takes to serve them quickly!

Will you manage to serve enough cocktails to become Employee of the Month?

In this fast action-arcade game, catch cocktails and serve them to the right table!Serve cocktails as fast as possible, as many as possible, carry several at the same time but don't drop them. Dash to throw or pick up cocktails and get a bonus score!Face four distinct levels with different challenges to overcome. Finish levels with at least one star to unlock the next level.Complete the golden VIP customer's orders to trigger the Happy Hour frenzy!Avoid rats, frozen cocktails, beware of hot bombs, and survive the Bartender Berserk mode!Controller highly recommendedRainbow CocktailsRainbow cocktails can be served at any table, regardless of colour. However, be careful not to drop them on the ground or they will break! VIP CustomerComplete all three of the VIP Customer’s orders to start the Happy Hour! During the Happy Hour, customers appear with higher values and the barman gives more cocktails, allowing you to score even more.Hot-BombsBeware of the bombs! A bomb exploding on a cocktail, an ice patch or an infected customer, will destroy it, and throwing it back at the barman will anger him and cause him to enter its berserk mode. Don’t let it explode on you or you will lose time! Berserk ModeThe barman starts throwing several cocktails in an attempt to overwhelm you, this is a chance to prove your worth by successfully delivering them to a customer and scoring even more!Frozen CocktailsUnique to the third level, frozen cocktails become a slippery ice patch when dropped on the ground. Serve them to a customer to temporarily freeze him and accumulate combos. RatsDuring the last level, rats will attack customers! Customers infected with rats take damage which occasionally removes time from the timer. Dash on them to get rid of them and get a bonus score!The Right Shot was made during a five-month internship at The Game Bakers by Maya Hill, Leelou Puech and Louise Jandot Dit Danjou.A big thank you to our mentors at The Game Bakers for overseeing this project and supporting us until the end!Game design & level design : Maya Hill, Leelou Puechand Louise Jandot Dit DanjouDev : Maya HillArt : Louise Jandot Dit DanjouMusical creditsMain theme : Royalty free music from www.bensound.com                                  (Composer: Benjamin Tissot)                                               Happy hour theme : Musique par https://www.musicincloud.comSFX under Attribution 3.0 Unported Licence (CC BY 3.0) by:original_sound , davethetech , Hawkeye_Sprout , Glaneur de sons , EminYILDIRIMWe have chosen to use the "Pay what you want" monetization system, all the profits will be donated to the "Secours Populaire" association.This association offers people who are victim of social injustice, poverty, hunger and armed conflicts a second chance. 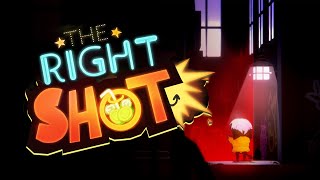 Developed by GiBar and published by RoBot

Description: in 1935, the leadership of the USSR decided to build a new reservoir in one of the regions of the republic. Almost all people left villages and towns, but some refused to leave their homes. But the government's project itself was not based on this, it was planned to build a laboratory where experiments on the creation of a superman would be conducted. You're the only one who was able to get into the secret corridors and you want everything back.

There are secret rooms in the game, to find them you need to look through every corner, there are walls that can disappear:)

3D first-person shooter in which you have to go through a large, secret cave, of man-made origin, destroying various undead. You can simply move around the game world and shoot the weapons that are given in the game. The game has a choice of weapons, replenishment of lost health with food and ammunition that can be found in the corners of the cave. Enemies have intelligence and it is not so easy to hit and kill them the first time, you will have to aim at the head. The whole cave consists of several large levels in which it is recommended to check every corner for useful resources for the player. The cave itself is built in the form of a corridor maze. There are many hidden and hidden rooms in the game that you have to find. Survive for One Day in a valley, where elementals want to kill you. Cast fireballs, avoid water and travel between islands to live as long as you can!

You start as an old and wise wizard, living out his days in his home in a beautiful valley. One night, out of nowhere, elementals started to appear and hunt you in order to hurt and kill you. You know you need to hold out just for One Day and all of this will be over. Can you do it?

Exciting running around until timer goes out

Online scoreboard to compare your high score against others

The story begins centuries ago, in a town where silver travels thru everything and everyone. The town was safe for many years, everything was due to the entity of Pastaghi who now sleeps waiting for the next battle.

The town received an unexpected visit from the monsters who took over the old mine shafts, they demanded the town's silver; after the townspeople refused, they took it by force.

The entity of Pastaghi, warrior of many battles. Now it journeys thru the mine shafts fighting each and every monster in it's path, retrieving every silver coin the monsters stole.Each mine shaft level has a structure similar to an electric circuit, go thru every level fighting the monsters in it. The town needs a hero, are you the one to save them?Made by SightCel from Papeero, a 2D action-adventure game. Each monster and their movement are inspired by an electric component while having their own original move-set. figure out what technique works better for you to defeat them and bring justice to the town.Be sure to follow Papeero to get more content like this, keep an eye for updates and new projects. Thank you for visiting!m o n s t e r s    y o u ' l l    e n c o u n t e r    o n    y o u r    j o u r n e y :           T H E   D I O D E :Keep your attacks well timed and spaced because this monster can block them with a shield. The attacks will only be effective if you hit the body of the monster.           T H E   R E S I S T O R :If you can move your eyes independently, this is your time to shine. This duo crawls up walls while throwing rocks at you, the walls can close in and out, so watch out.           T H E   I N D U C T O R :Watch where you aim your attack because this monster floats around the room, it bounces on the mine shaft's walls and throws acid projectiles at every direction.           T H E   C A P A C I T O R :Don't get close to this one, it hold acid on it's stomach then it vomits uncontrollably. Keep your eyes open when it vomits upwards because the acid will rain down on you.           T H E   L I G H T B U L B :Don't get too attached to the floor, this monster can teleport to a random point of the room. Watch out for the light beam because it tracks you constantly.           T H E   J U N C T I O N   K E E P E R :After it catches you trespassing the mine shafts, it battles you. Keep an eye on each one of it's three heads because it can attack you from everywhere. 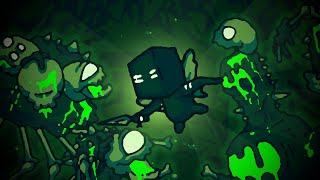 On year 2077, all mankind have become a cyborg. And you must fight all the gang leader on the cyber city. Are you ready to risk everything you have?

Amongst the best beat’em up series ever created, cyborg girls beats and over the ninja street fighting, the iconic cyber world series comes back with a masterful fighters to and hype of the beat em up action fans simulator.

The comeback of the legendary Cyber Girls series.

Clean up Cyber City of zombies with your girlfriends!

For the very first time, 4 cyborgs characters to take the streets!

Soundtrack by a wide all-star line up of cyborg themed music.

Denki Bounce is the worlds first trampoline-based "Bounce 'Em Up!"

Blast, Reflect, Evade and Electrify your way to victory!

All Assets are hand drawn/painted and also animated by 1 artist resulting in a highly focused and unique art style.)

Playable Character Roster will feature a miniumum 16+ characters at launch...

The action in Denki Bounce takes place on the trampolines of the near future, featuring the hi-tech “DenGeki Bounce System”. This system allows players (“Bouncers”) to channel the static electricity generated by bouncing on the trampoline into projectiles called “Bolts”.

Use your Denki Bolts and Ammo wisely or go all out with "Max" attacks.

VS Mode: Denki Bounce is at it's core a 1v1 competitive trampoline -based VS Battle game.

Matches are high-paced and action packed!

Use manoeuvres such as flips, double jumps, air-dashes and butt- bouncing to outsmart your opponent!

Or if things are going against you... use your "Bounce Back" metre to make a daring comeback >:D

Denki Bounce is set in the city and outer-environs of “New Prosper” in the near future. “New Prosper” is a designated high diversity area and its’ inhabitants include humans, aliens, monsters and mutants. (These various groups are the basis for a colourful and unique character roster.)

Story Mode will see players take control of a number of different characters which will allow them to compete against a large roster of opponents in different areas around “New Prosper City”.

Developer: We are 2 brothers trying to provide people with fun games that won't exist unless we make them...

If you pick up a copy of this game that would be awesome, we really appreciate your support! :D 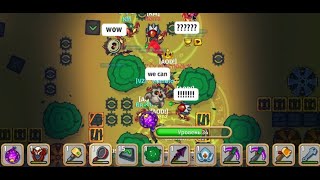 Read Nia Orea's "Mythical" Will Move Your Mortal Mind next.