We're praying for you... Back with a vengeance, Melbourne rock band Collegians slay in their new track "Killer."

Heavy-handed rhythm and dark, foreboding lyrics combine for an energetic, dramatic tune; armed to the teeth. The drama alone in "Killer" parallels 30 Seconds to Mars's "The Kill."

The pool is dead cold when you dive in. Her waist is warm. 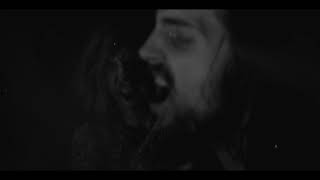 Her eyes open. Her nails dig in. Your vision blurs. You can't save yourself.

So many awesome influences seem to converge in "Killer," spurring it in its own unique direction...

Right at the intro, we're greeted by a music box melody and reminded of Linkin Park's "What I've Done." There's more to this one though; added nuance and discernible complexity.

Halfway into the verse, Rammstein-style elctro-rhythm steps in to beef "Killer" up to dangerous levels. The result is punchy and enjoyably epic. Its a quake of a track. Coupled with raspy, far-reaching vocals it all goes Deftones "Swerve City" in the best of ways.

The lyrics revolve around the troubling temptations of a femme fatale. A killer on the loose; she reels you in, then sinks in teeth... A real man-eater.

It's dystopian stuff; atmospherically in line with their previous release "Black Mass." Fierce and frightful, yet delightful. My favorites were the chanting bits of "we've got a killer" edged in around the chorus. They really bring Styx's "Mr. Roboto" back to life; darker, more menacing, almost fearful... Cool.

If you're looking for riveting rock with dub-level drops, Collegians can certainly satisfy with this song.

Even if you aren't, this one's worth a listen. Cautiously, of course. "Killer" can kill.