CHRGR - An Ode to: Queens of the Stone Age

The stoner rock genre has a lot of excellent albums to offer avid listeners, but where should you begin? Well, the picks presented below make for a mind-blowing introduction... We like things on a grand scale, says Spelljammer bassistvocalist Niklas Olsson. Thats a bit of an understatement considering the Stockholm, Sweden trios penchant for massive, slow-burning sludge riffs intercut with dramatic melodic interludes. Theres the pummeling heft of detuned guitars rumbling across the rugged expanse of unwieldy drums counterbalanced with moments of Master of Reality-era Sabbaths introspective acoustic breaks and Pink Floyds Meddle-era psychedelia. These extreme shifts in dynamic give the bands third album a sense of epic depth unlike most of Spelljammers peers.

The vastness of everything is something that I seem to think about a lot, Olsson says, and I guess that shows in the lyrics. Some of Ancient of Days words were inspired by the epic poem Aniara by Swedish author and Nobel laureate Harry Martinson in which a spaceship leaving an uninhabitable Earth is hurtled off course, sending its thousands of passengers on a steady course in the wrong direction and there is nothing they can do about it. They will all slowly die as the ship continues from the solar system, forever into nothingness. This type of apocalyptic woe permeates throughout the 5-song, 40-minute album in perfect bond with the vastness of the music.

Ancient of Days is not just the bands third release, but in many ways, a rebirth. Its Spelljammers first recording as a trio with Olsson taking over bass duties and new drummer Jonatan Rimsbo battering the skins and the culmination of a progressive move toward a heavier, doom-laden sound, away from the desert rock leanings of their 2010 debut Inches From the Sun. Vol II saw the band spreading out into darker territories. After writing sessions fell apart in 2013 for a followup to Vol II (reissued in early 2015 by RidingEasy Records) Olsson and guitarist Robert Sorling scrapped nearly everything following the departure of half of the band. The two began to build from the ground up as a duo with new ideas that resulted in the invigorated Ancient of Days. Its the bands most focused and deliberate in both its complexities and simplicities.

Having recorded the previous two albums in a more patchwork kind of way, Olsson says, we were very set on going into one studio and doing the entire thing. In so doing, they banged it all out over a weekend in January 2015 at Ingrid Studio in Stockholm, with engineer Christoffer Zakrisson at the helm. Here, syrupy guitars ooze from the speakers, the drums sound like theyre perched atop a giant barge and howling vocals float throughout the proceedings. Ancient of Days very effectively embodies the boundless, otherworldly essence of its inspiration.

Ancient of Days will be available everywhere on LP, CD and download on September 29, 2015 via RidingEasy Records. 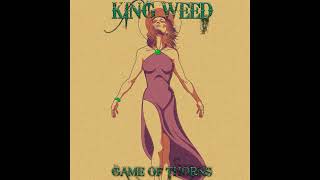 King Weed - Game Of Thorns (Full Album) King Weed is an Instrumental Stoner Rock band from France. Game Of Thorns is their new album and first of 2022. Heavy and meditative; soaked in twang, smoke, and sweat. These folks have figured out how to make that head nodding drone and bounce that feels like driving an old truck through the desert at sunset.

CHRGR - An Ode to: Queens of the Stone Age 'An Ode to' is my series of soundalikes. No sampling or covers - Just original material.

I got inspired to do 'An Ode To Queens Of The Stone Age' when I first heard their new album 'Like Clockwork' but I also got my Influence from their self titled album 'Songs for the Deaf'.

This is one of my 3 nights 3 tracks projects, so expect more to come!

An Ode to: Queens of the Stone Age by CHRGR This 7" contains the song 'Lossed Over' from Cloakroom's Further Out LP, as well as b-side 'Dream Warden' which is sung by the legendary Matt Talbott of Hum. 'Dream Warden' channels the spirit of "You'd Prefer an Astronaut' era Hum, while staying true to Cloakrooms spacey, rumbling noise. Talbott engineered both the 7" and forthcoming LP, which were recorded, mixed and mastered 100 analog at his Illinois-based Earth Analog studio.

Cloakroom - Lossed Over by Run For Cover Records 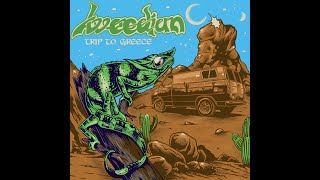 The Greek heavy and hard rock scene has a much longer and busier history than most people would think. Legendary bands of the 1970s, such as Aphrodites Child and Socrates Drank the Conium are proof that psychedelia and rock have been flourishing in Greece for decades. Yet, when it comes to the genre that is nowadays identified as stoner rock, the band that is credited for having pioneered it in Greece is Nightstalker. They formed as a heavy rock band in 1989, at a time when the alternative rock scene of Greece was starting to make waves with bands like Honeydive, Deus-X-Machina, The Last Drive and Make Believe in Athens, and Ziggy Was in Thessaloniki, and when the world-renowned metal monsters of Rotting Christ and Septic Flesh were putting out their first albums. With influences that ranged from Black Sabbath and Monster Magnet, to the early dirty sound of the Seattle underground and even the groove of RHCP (just listen to What your name is on their classic EP Side FX in 1994), Nightstalker were one of the first bands in Europe to record and perform music described today as stoner rock. Although the band rejects that label and prefer to call themselves a rock band, there is no doubt that they inspired many bands and laid the foundations of what is known today as the Greek Stoner Rock scene.

In the years that followed, and especially during the 00's, a number of bands rose from the Greek underground, like Planet of Zeus, 1000Mods, Villagers of Ioannina City (VIC), corroborated with independent labels like Lazy Dog Records, Spinalonga Records and The Lab Records (among many others), with underground live venues like An Club in Athens (once described as the Greek CBGB) and X-Club in Thessaloniki (nowadays Eightball Club). More recently, tens of new bands have come along, such as Naxatras, Puta Volcano and Deaf Radio, with distinctly new psychedelic, alternative, grungy and progressive rock sounds, incorporating influences all the way from the Palm Desert Scene to the golden 90s scene of Seattle, and even drawing on classic rock and metal. In the past few years, Greek bands have been touring in Europe, with some reaching as far as the USA and Australia. In 2019, a documentary directed by the Spanish director Miguel Angel Cano Santizo described the explosion of the underground music movement in Greece as a Greek Rock Revolution (with 8.2 on IMDb). At the moment, there are numerous bands in the broader stoner heavy rock genre throughout Greece, pushing their sound to new directions and bringing forward new amazing albums, every day, even as we speak.

All tracks procured by permission of the bands andor their record labels.

Read Anyone Can Get Into These New Indie Open World Games - February 2022 - Odd Nugget next.