A gym is an irl RPG game where you can tell people's progress by how buff they are..

If you're tired of searching the web for rpg games worthy of your time, the few that follow will be well worth a peak...

If only life were as beautiful as at first sight,

Full of happiness and bliss when we were together.

We were meant to be loving each other,

Why does it have to end with us parting?

Legend of the Phoenixis an otome mobile game genre which focuses on ancient style love story. With every choice that you made at the fork road, there will be ups and downs. It might be for the better. During your solo journey in the game, you will get to meet different kinds of people. With your confidants and partners, you will feel the enjoyment of admiring the beautiful scenery. You will never feel lonely again.

New style of experiencing storyline, character development system, different types of traditional China costume style. Confess your love to him, understanding each other more and relive the love that you were expecting for. Although it may seem like I'm waiting for someone else while drinking a cup of tea, but

actually I am waiting for you. Anyone Can Get Into These New Indie RPG Games - January 2022

Ever wanted to create your own cute monster characterbut didn't know where to start? Lost on what aesthetics they should have, what face details or hairstyle they could wear? Well,Monster Girl Makercould help you with those worries!

Monster Girl Maker is a character creator where you can design a variety of portraits using over different parts; skin, eyes, mouth, eyebrows, hair, accessories clothes.

Drag left and right on the tab menu, or tap the arrow buttons, to go through the different sections. 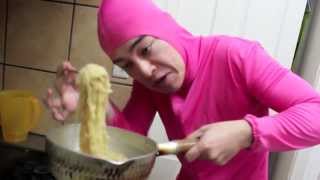 You live carefree on a desert island. You used to be hitting wild boars and occasionally harassing the leisure life of the wild people. Life has changed.

Collect materials and supplies scattered on the map to make equipment against dangers and tools to gather tree mineral deposits; build and upgrade your house, make the necessities for survival, and build your house into a cozy hut. Please always pay attention to the fullness, thirst and blood volume of you and your partner. Once the blood volume is zero, the game will end.

Hardcore survival adventure gameplay, the resources on the game map are randomly generated, and reasonable collection and use of resources is an important condition for survival.

Customize the avatar of the beauty, according to the photos you upload, we automatically generate the corresponding D model to meet your various fantasies.

In order to protect your life on the deserted island more safely, we have prepared a weapon building system for you from bows and arrows to javelins and even firearms. A variety of weapons for you to choose freely.

E] Interact with the scene

The number shortcut keys to switch the use of items This is a game about the anti-fascist war in China during World War II.

It's also a simulator of the charge at World War II .

It's a small game.

It's an impossible game to win!

A corner of a rare charge battle in the battle of Shanghai in the early days of the anti-Japanese war in China during WWII.

What can players do?

Charging at the Japanese positions with your comrades.

Shooting at the Japanese soldiers requires that the main character is alive, which is often difficult.

To get as close as possible to the enemy positions (Shake the enemy) and kill the enemy soldiers, but...... Good luck to you!

Normally you can't win, the only thing you can do is to make the failure to look better.

The revenue of this game

For the creation of a sequel.

Why did I developed this game?

Showing how difficult it was for China to win the Anti-Fascist War in WWII.

I want to play this game.

I have a stable job, but it is not in the IT industry, let alone in the industry related to video game development. All the skills of creating games are self-taught in my spare time, because I like playing video games and prefer to create video games. My dream is to create my own games. This game is the first one I created by myself. There will inevitably be many shortcomings due to poor technology. I hope you can correct me and I will continue to work hard.

The sequel will be an FPSRPG, and the story will be an extension of this game's story, with a richer content and more Chinese elements.

I really hope you all have fun!

Non-English characters including Cyrillic in the user path are not supported.

KARANTIIN is Estonian word for "Quarantine"

I am not going to rush with updates, because rushing causes more work later on.

Don't worry about the music, you are allowed to use the music on videos, original work.

v. note: This version is my own sandbox that i would like to share with you with the less early WaveMode gamemode and tutorial level.

Notes: Hold R to reload shotguns, single tap on R puts in one shell only!

V is a button to activate the flashlight so you can see in dark places!

Crates are breakable and have loot inside! ps: hold Left Shift to move faster!

I'd like to point out that it's been an honor to watch afew of the gameplays by you, when i've seen a bug, i wrote it all up, fixed them. v.

May i intrest you with some minutes ofgameplay?

It is reccomended to enablebloom and ambitement occlusion, will set them default soon.

If you have a good monitor and its over hertz then leave the vsync off,

KARANTIIN loves high frame rates. If you have a way too amazing graphics card, then you can select a higher number for the vsync, if your game has way too much hertz.

Anyway, i created a decent tutorial for beginners, so i'm not going to write any more button tutorials here, hope that help any new player to understand the systems.

Demo levels can be played on hardmode now, that means some zombies run

You don't have to but if you insist there is a way to support this project.

When you download the game from itch.io you can also name your own price, that way you can support KARANTIIN, but it has a long waiting time and cannot be used straight away.

If you don't wish to name your price from itch.io and want to help fast as possibleyou can also support this project with paypal:

that way you can deposit a donation directly and this donation can be used for the projectstraight away! 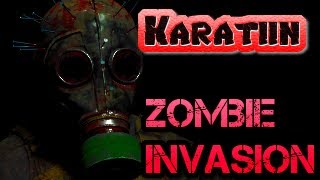 The desert city of Rune has fallen, its citizens have succumbed to madness. Explore the once great city and make use of the magic glyphs to overcome terrible foes and defeat the corrupt government in this first-person soulslike. Level up your stats and refine your skills, search for the most useful gear and unlock shortcuts, fight to the deepest depths through a variety of dangerous enemies. Meet NPCs that can help you on your difficult journey and perfect your build as you confront intimidating bosses and plunder the unmapped corners of Runewaker. Rich Girls" is a casual board game strategy game based on cards, dice and land properties. Players play the role of a gentleman, encountering various business ladies, and fighting against each others in the world of business war.

Fun and unique gameplayCompetitive against AI

"You're not prepared to deal with the truth...are you?"

A mysterious golden letter is sent to a select number of people... Its contents are unknown.

Project Kat is a short, unconventional RPG horror game in which there is always another way. Solve puzzles, make friends (or not), and guide Kat as she attempts to uncover the mystery behind a strange golden letter.

This is a story-based puzzle game where each puzzle has multiple solutions and outcomes!There is always another way.

The game is playable in about minutes and contains multiple endings depending on your actions.

This is the prologue to Paper Lily, the full game (currently in development), but it's also a standalone story that can be enjoyed on its own.

Warning:May contain flashing lights, some blood and unsettling scenes. Proceed at your own risk.Just kidding it's really not that bad. But still it's a horror game :)IMPORTANT! We are idiots making this game in our free time and this is our first project of this size! We would love you for eternity if you could leave us a comment here or a review on Steam!!!Thank you!!-----> You can find translations to other languages here -----Follow the development of the game, twitterFor bug reports (or anything else) you can send us an email at leefgmail.com. 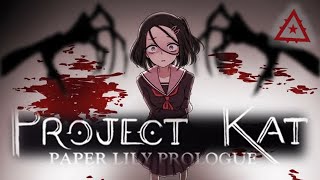 Read The "Vicious Circle" at the Algonquin Hotel next.