Take a load off and enjoy a few of the epic indie casual games brought together below. They're bound to be fun!

>>>>Otteretto is a puzzle game about otters and palindromes.>>New Puzzle Concept>>This isn't another Match-3 game; it's a whole new idea to wrap your head around! How long of a palindrome can you make?>>5 Endlessly-Replayable Game Modes>>Classic: Try to reach each level's score goal in the addictive original mode.>>The Daily Stack: Join a global competition every day! How many points can you get from the same set of squares as everyone else?>>Puzzle: Use logical reasoning to figure out how to turn a set of squares into a single, massive palindrome!>>Containment: With more squares being added every move, how long can you keep the container from overflowing?>>Walls: In this challenging variant, you'll need to get creative to work around each level's impassable walls.>>Compete With The World>>See how you stack up with online, cross-platform leaderboards. Boredom is Bad. These Indie Casual Games are Good - February 2022

Made by Florian Veltman

My grandmother is probably the most important person ever to me, as she provided me with the stability and care a child needs growing up. We all have or have had people helping us become a responsible and caring person, and this short narrative game is an ode to these people.>>Controls>>Controllers>>Left joystick to move>>Right joystick to rotate the camera>>Any trigger to run>>Any face button to interact>>Most common controllers should work with the game.>>Keyboardmouse>>move with WASD, ZQSD, or arrow keys>>Shift to run>>rotate camera with the mouse>>left click, spacebar, return to interact 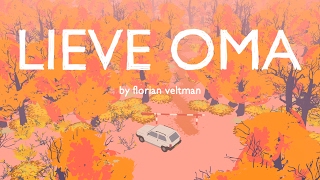 >>Gameplay Introduction>>The gameplay is mainly based on shooting, controlling a sniper to fight the enemy. The map has many walls that you can use as a cover. You can score points every time you defeat an enemy, and in this vast map you can snipe the enemy anywhere. However, they will also fight back when you get too close to the enemy, and the game ends when your health will be 0.>>Game Features>>The attack can be magnified by clicking the right mouse button and using the scope, making it easier for you to hit the target!Pressing the "shift" key also accelerates, allowing you to switch sniper locations more quickly. >>Hidden Dream is a 3D adventure game about puzzle, exploration and collection. In this game, players are supposed to participate in the story about how did Princess Wencheng complete her journey to Tibet that for getting marry with Srongtsen Gampo in Princess Wenchengs fantasy world.>>There is a number of puzzle and a lot of collecting element in this game. The collections include traditional history culture, basic necessities of life, local conditions and customs and natural scenery of China in Tang Dynasty.Players will experience diverting playing method and mental adventure of Chinese traditional culture in this wonderful journey.>>Hidden Dream is a journey that full of mysteries and loneliness, but without any danger, frustrate or death element. Players will play the part of Princess Wencheng and experience her change gradually in her illusion.>>Players will explore a new world by learning a variety of skills step by step, meanwhile, figure out Princess Wenchengs puzzles. Players will grow with Princess Wencheng together while proceed along this journey.>>Players will hear original music of Chinese customs, experience visual impact of Chinese historical and cultural scenes that appeared by exquisite painting style, enjoy the fun of solving puzzles, feel attractive Chinese traditional history culture through this fragmentary story.>>Please try the Demo Hidden DreamPrelude Made by Melancholy Marionette

>>It's On You is a narrative driven FMV game set in the UK highlighting the knife crime epidemic happening among british youth and the impact on those involved and their families. You play as Curtis, making choices affecting the relationships and the outcomes of characters lives throughout the story.>>Curtis:>>A potential future in international football, loyal to his friends to a fault, choices you make as Curtis will have a lasting impact for him and those he cares for.>>Karl:>>A loyal friend lead down a dark path and groomed into gang violence, will you stick by his side to the very end, or make your own path.>>Riley:>>Looking to make a name for himself, following in his brothers footsteps, picking up where he left off. Money is the name of the game, everyone's got to make a living, just don't get in his way... >>The pages of this 'game' are purposefully handmade. Players are prompted to read again in peace with the constant challenge of reality mitigated by the format. Modern distracting stimuli remagnetize back towards the reader's inquiry, because of how these pages are designed and coded onto a stabilized, focus page that guarantees a returning bookmark, including a small click noise when turning a page. Achievements are self-reinforced by reading further, a new concept, thus the title Plum Bun Reformatted.>>The originally published 1928 novel was written by Jessie Redmon Fauset. Certain words are excluded and censored. Overview:>>A short cozy game with a small side of existential crisis.>>A super short,linear visual novel about a Froggy chilling a pot.>>The pot iswarm now, but it will reach a boil soon...>>It will be dangerous then...so you try convincing Froggy to get out of the pot, as you both begin to chat...>>About meaningless things, mindless things...>>Why won't Froggy leave the pot?>>ﾟ ﾟ>>Notes :>>Warning: Contains brief mention of deathloss of a loved one. Certain themes may trigger feelings of deep hopelessness, stagnation, and depressive thoughts. Please exercise discretion before downloading >>The game is free for download (pcmac)>>The FroggyPotPaidPack is an extra paid pack in a zip file which contains:>>5 Froggy phone wallpapersillustration (16:9 resolution, 1920x1080px, .png)>>Short 10 pages digital PDF book; Contains some sketches and extra scenes.>>Redistribution of content in this pack in any formis strictly not allowed; in purchasing this pack you are agreeing to this.>>ﾟ ﾟ>>Credits:>>Story, Art, Music, Script: Cantusmori>>SFX: freesound.org>>ﾟ ﾟ>>Extras:>>Some folks have requested, soI've compiled the music here:>>Thank you very much ; ; zoooooooooms away>>I may not be able to reply to everyone, but thank you from the bottom of my heart!! 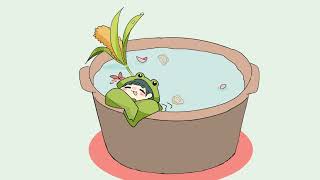 Read Fine Lines' "Floating" Will Murder You next.