What we have can't be replaced.

You helped me believe in myself. Step into a hot swirl of chiptune arpeggios and shoegaze grace...

"What we have can't be replaced."

An open sea of static. You're stepping in...

And underneath is nothing. Solitude is sinking...

A shock ignites the water. You're paralyzed within it.

An angel drops beside you. Immobilized together... 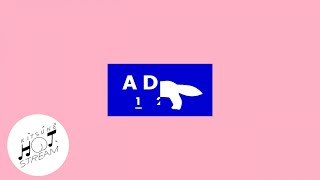 "You helped me believe in myself."

"Yew" spews a torrent of cozy tones over and around clear droning vocals. Melody billows up from all directions to surround the singing; a constant updraft of sonic color winding around the words. "Yew" is melodically mid-heavy and warm to the touch with tape-tuned tones. It's love lost in ebbing ether, awash with vermillion vocals. It's a meditation.

Rhythmically, "Yew" is consistent as they come until the 4 minute mark. Clean-cut claps are an audience of one, tonal toms act as clocks, counting seconds, and pitched clicks tap at the top of the spectrum like bird-pecks on glass. Then it all shifts to disorderly reverie riding up on the end. Woah bro.

"Yew" is good. "Yew" is smart. "Yew" is beautiful. And you should listen to it. Check out the rest of the album, "Tenets," too, while you're at it.