The Moon Has Faded Away (EN-ES)

Horror games become less scary if you think of yourself as a ghost the rest are practicing on..

Whether your taste in horror games is mainstream or extremely niche, the following picks are probably going to be permanent fixtures in your weekly rotation...

FEEBLE is an interactive simulation game.Meet FEEBLE, the only surviving character in the village devastated by the epidemic, talk to FEEBLE, build a relationship, and become a companion to experience various experiences.

You can look around the village, give FEEBLE a new experience, and at the same time protect FEEBLE from the Grim Reaper who threatens FEEBLE.

Select a sentence with the mouse.Talk to FEEBLE and develop the situation. The Moon Has Faded Away (EN-ES) Made by BlueBird Games 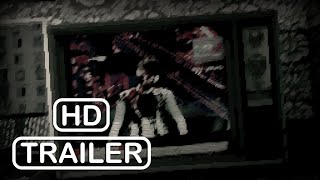 Shadow of Egypt - is an adventurous 3D shooter with surviving and hardcore elements where you will fight with ancient Egyptian evil. The main idea is cleaning an enormous pyramid from various enemies. There are three levels of different difficulty. Collect ammos, watch your health, look for guns, kill mummies. This game will be unforgettable for you!

A wide variety of weapons. Annually, a game is published to the deep web. The first person to beat the game wins a cash prize. A strong determination comes from a small house in Australia as you have decided to participate this year! Hunt down skulls and shoot enemies while also leaving an ear out for any unusual sounds that could be caused by an intruder.

Annual Intruders 2.0 is a home invasion horror game where players will have to play a game on their (In game) pc to try and win a cash prize! Whilst trying to beat this game others will try to stop you by sending intruders. Stop Jordan from tracing your IP address! Stop Elliot from coming through the ventilation! Hold your door with all your strength to stop Elliot from intruding! Most Importantly hunt down the skulls whilst having to shoot any glass enemies that may try to hinder your progress!

History of the game:

In 2013 the first game was published, almost no one noticed, however, a streamer decided to play it for views and won 100 for winning. The next year more people were participating to ensure they won the prize. Year after year the game's prize got higher and higher until a streamer was murdered live on stream after he was close to winning. Now the game is a dangerous event as people will kill others to ensure they don't win the prize before they do.

This game is more of a remaster than a sequel. WHAT HAPPENED TO AMY?

In this short horror game you play as a man who has to figure out what happened to his wife. Find clues in your apartment and search for the answer in order to remember what really took place.

there are also a few secrets)

if the game goes into blackscreen after loading, just hit backspace to restart the level)

THANKS SO MUCH FOR OVER 850 DOWNLOADS!

I still actively work on this game, add things, fix bugs and create new models for placeholder objects in the game, so don't expect 100 immersion, but thank you for playing my game! I'd love to read your opinion down in the comments! But remember, this is my first game! 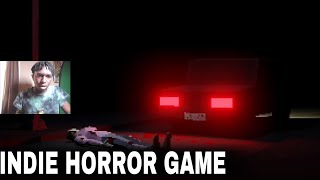 You awaken to strange and unformed world, devoid of identity. Before you emerges a being, elder and malformed, it offers you meaning, something you cannot exist without. In return you shall traverse nearby lands that have become corrupted by unimaginable sins. From these lands you must retrieve the few artifact that can illuminate the nature of your being.

Lesser, human artifact will aid you on your journey, but be cautious as these lands are gripped by an insatiable hunger that twists all in its image.

Sabbuth was developed by Angad Matharoo and Gabriel Larocque with audio design by Chris Dang, Pato Flores and Hyeongseob Kim and with music composed by Josh Desjardins. Play the game solo or plug in a controller to hop in as a second player in couch co-op! Monsters and fiends won't stand a chance against two players working as one. But sudden death awaits the careless and brash explorer.

We've built the game from the ground up to focus on the gameplay. Nothing comes between you and the action; no lengthy cutscenes, dialogue windows, complicated inventory screens or menus that you have to haul around. There is no food meter to manage, and no useless junk to carry around. It's just you, your weapons and medkits -- against the relentless supernatural foes.

Powered by the Unity engine, all the environments can be explored in full 3D glory. Objects will have physics, bullets landing on different surfaces will react with different effects, crates and barrels can be pushed around... You can even use the environment as your advantage, luring the enemies into mines or laser traps, or destroy these deadly mechanisms with explosives.

There is a small town, in the middle nowhere, which you left as a child. Now as a teenager, after graduating from high school, you hear strange stories of animal mutilation, unholy rituals and ravenous mutant wildlife brewing in your old hometown. It's time to investigate these occurrences and put an end to the corruption that's unfolding.

We have a presskit available for all public on our IndieDB game page. If you require more press material and or information on the game, don't hesitate to contact our official email at grmgamedev(at)gmail.comJoin our Discord community today and discuss about future updates, requests for features and news related to our games!Game soundtrack by Arctic Sounds GameRealmMadness now available on Steam! Welcome to Nikocado Avocado's Mukbang Restaurant. We hope that you enjoy getting stuffed into a fursuit!

Amogus' character, who can disable power if you overuse doors lights.

Power is displayed on the camera monitor, if using too much power for a long time, you will lose it.

Note: Special thanks to all the youtubers who have played the game, you can check all of them in the comments section... 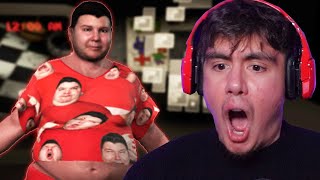