Open world games can be great fun to play. Take a look at these awesome picks and pick up your controller!

Prevent oxygen depletion at all costs.

Build the hull, maintenance, flooring, and wall layers of a ship to make it functional and free of oxygen leaks. Place wires, pipes, and cables on the maintenance levels to implement connectivity amongst machinery across the ship.

Create and incorporate machinery to make your ship functional.

Mine asteroids for different resources to run your ship. Maintain an abundant supply of oxygen so your character doesn't suffocate. Manufacture fuel to propel your ship.

Manage power through a connection of wires directed to your machines.

Craft resources into machinery and expand your ship.

Build machines to help run systems in your ship. Oxygen harvesters make a sufficient supply of oxygen for the crew. Storage tanks contain fuel to be used in thrusters. Computers allow the player to navigate their ship through space. Conveyor belts connect to machines to make automated systems. Energy storage units hold energy to power the ship and its components.

Navigate your way through deep space.

Find all the resources you need to survive by mining asteroids. Made by Eigen Lenk

Set in the 16th century, Pioneers is an atmospheric turn-based explorationadventure RPG where you lead a party of travellers in search of treasure-rich temples, new tribes and ways to go down in history - ways to go beyond the horizon. To achieve all that you complete quests building up your reputation to become a sought out explorer by kings and commoners alike.

You set out promising your father to become someone, to make him proud but not all goes like planned in life, does it? On the way you'll meet many interesting characters, solve challenging puzzles and face all that nature has to offer, be it finding and collecting food and building a shelter to survive harsh winters or facing against a pack of wolves in the densest of forests.

Beginnings of a grand adventure

Over an hour of original feet-moving, head-bobbing soundtrack

The game is still very much in development, so most of the story and not all key features have been implemented and great many tweaks are to be made, but it still packs a whole lot of fun and stuff to do. Your feedback is crucial to shaping this into the best Pioneers I know Pioneers could be. Your support will help get it there.

If you have any feedback or problems to report, please post in the official game forum. I will start logging my development more thoroughly in there as well. 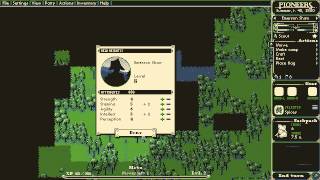 Stuck stranded alone in another dimension your only goal is to get back to your family, your life. Explore the C.U.B.E to find any information about where you actually are and how to get back, just remember to not go insane trying!

Kilroy Was Here is an Interactive Fiction game where as the player you must traverse the 7 environments in search for their unqiue interaction points to try to gain a better understanding of the place you've ended up in and to try and find a way home.

Unique Scenery: 7 Completely unique environments for you to explore.

Simple Controls: Get straight into the game with basic and common controls.

Steam Achievements: Show off to all your friends what you did in-game. Half a century into the future, mankind's world is riven and in a state of great social, political, and economic strain... After the end of the horrific pandemic that haunted the early twenties, big pharma became stronger than ever seen before. Medical research thrived and allowed for a multitude of tech advancements, but healthcare prices skyrocketed, causing mass inflation and shifting the world's economy... As a result, cryptocurrencies grew in popularity and eventually gained enough momentum to replace other monetary systems across the globe... Greed, hatred, envy, and panic then fueled the fires of war time after time, leaving the world scarred and broken. The U.N. has fallen and the war on terror has failed. Civilization is slowly collapsing in on itself... Now, most people cannot afford their basic needs. Society is fragmented and has dissolved back into a rigid caste division. Crime is at an all-time high and poverty is the new norm. Each day that passes, exploitation of the Earth's resources continues and pollution intensifies, making life even more unbearable... Humanity is in the darkest place of its entire existence... A dark place where you exist."

Buried in debt to a notorious loan shark, you're forced to plunge into the shadows of a dark underworld filled with danger and betrayal around every corner. You'll need to decide who you should trust, who to spite, and how to stay alive.

A game made by a single developer.

Story rich game world with a focus on attention to detail, diversified outcomes to different dialogues and situations, and a narrative that you help create Based on the novel by H.G. Wells. How long can you survive a hostile takeover from Mars?

Checkout the bi-weekly dev-logs to get an idea of the games current state.

Embark on an epic voyage in search of the mythical artifact Nienix through galaxies in conflict. Be prepared for an action-packed experience! As the Nienix is believed to possess an incredible power, it is sought by every faction in the known universe.

Shape your character to fit your playstyle! Discover hundreds of unique items and abilities. Then mod them to suit your needs!

Do you want to play as a tiny fighter or a massive battleship? Or perhaps command your own fleet? Nienix has carefully designed character progression systems, such as skill trees and legendary loot, to suit a plethora of playstyles.

The universe in Nienix is carefully procedurally created to make sure each playsession is fun and no two playsessions are the same!

Join the Discord server to stay updated on the development progress!

You wake up in a village attacked by avalanches.

Luckily you where in a very high temperature room at the moment when the coldest freeze happened.

Peoples that had not left the village have been frozen in place.

Try don't get caught by a deeply low temp that will freeze you in place.

There is many way to escape.

Is very cold and wind can push you.

Shelter in building to loot and try generate some heat.

You can breakrepair window and jump through.

Door can be lockunlock with keys.

Many different machine can be fueled and activated. Like stove and generator.

Each item have is own temperature.

Having item too cold in your inventory make your character freeze.

Item drop on ground near a heat source will diseappear if over heat, item in storage are protected.

You can craft item when dropping multiple items on ground.

Others can be done by dragging item over another, like repair clothe with sewing kit.

Also by using workbench you can fabricate objects.

Can be break with item or hands (remove some hp) and can be repaired.

When broken it make inside building colder and you can jump through windows.

Windows can be block with snow or ice. You can breakdigmelt to free the window.

Can be lockunlock with keys, external door make inside building colder while open.

Doors can be block with snow or ice. You can breakdigmelt to free the door.

Can be use to unfreeze door or window.

Generate energy to light building. (Some building could have electric heater)

Generate heat and activate each radiator in the building.

Radiator generate heat and can be turn onoff.

Some contain lootsrespawn others store items.

Other could generate heat.

Furniture can be item storage, and can be affected by environment temperature.

When activated it power all industrial building and streetlight pole.

Wire can break and need be repaired with tools and resources. Summed up in a single word, it would be beautiful. David Wolinsky, Common Sense Media

A remarkable experiment in translation. As contemplative as its source material, it forces an anti-reflexive pace and coddles at its center an appreciation of calm and quiet. Jason Sheehan, NPR Reading the Game

Play as philosopher and naturalist Henry David Thoreau in his experiment in self-reliant living at Walden Pond. Live off the land, seek out the small wonders and beauties of the woods, and find balance between your need to survive and your desire to find inspiration.

Walden, a game is a six hour, exploratory narrative that begins in the summer of 1845 when Thoreau moved to the Pond and built his cabin there. You follow in his footsteps, surviving in the woods by finding food and fuel and maintaining your shelter and clothing.

At the same time as you strive to survive off the land, you are encouraged to explore the beauty of the woods and the pond, which hold a promise of a sublime life beyond your basic needs. And, you can interact with characters from Thoreau's life including mentor Ralph Waldo Emerson, sister Sophia Thoreau, editor Horace Greeley, activist A. Bronson Alcott, naturalist Louis Agassiz among others.

The game follows the loose narrative of Thoreau's first year in the woods, with each season holding its own challenges for survival and possibilities for inspiration. It features the voices of Emile Hirsch (Into the Wild, Milk) as Henry David Thoreau, Jim Cummings (Darkwing Duck, Sonic the Hedgehog) as Ralph Waldo Emerson, Misty Lee (The Last of Us, BioShock Infinite), and Tony Amendola (Stargate SG-1, Once Upon a Time) as Bronson Alcott.

Walden, a game has been a labor of love by a very small core team working over the past ten years. We sincerely hope you enjoy the experience and welcome your feedback! If you are an educator and would like to use Walden in your classroom, please contact us via our support form.

Original game soundtrack by Michael Sweet nowavailable with game download!Check out this Behind the Sounds of Walden video.

Users running Windows 7 with Nvidia cards may need to run the game in Compatibility Mode and as Administrator. See our FAQfor more info.

Copyright 2014-2017 Tracy Fullerton and the Walden Team. All rights reserved. Not authorized for posting on Steam or any other sites. 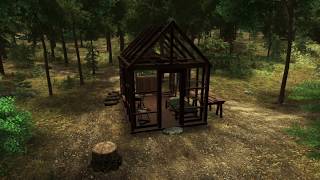 Read 11 Pop Stars Who Changed Alarmingly With Fame (We See You Katy Perry!) next.