Epic first-person action video games like these are totally worth taking a closer look at...

S.B.T.F. is a very hard arcade-style rogue-like perma-death first person shooter. You play as Marines who must brave dark, claustrophobic and terrifyingly intense Space Beast infested spacecraft in order to extract critical data and lucrative upgrades. Can you make it out alive?

The game revolves around the concept of a procedurally generated maze-like spacecraft which is unique each time, within which the Marines must search out DataCores to be downloaded. The spacecraft are infested with Beasts that are extremely lethal, and the Marines must brave these dark and hostile environments in order to complete the objective of retrieving all critical data and ultimately setting the Reactor core to overload.

Aside from either all purpose automatic Rifles or powerful Shotguns, the Marines initially only have a rudimentary Tracker device that detects nearby motion as well as the distance to the nearest DataCore. The DataCores can however contain lucrative Upgrades that will empower the Marines with better ammunition, a better motion tracker, and other useful functionality that will significantly increase the chances of survival.

Key to managing the unknown spaces within each spacecraft is the intelligent use of Doors, sealing of sections behind the team in order to keep from being overwhelmed from several directions at once. Closing Doors controls the space, but they also make it harder to flee if the need should arise.

Additionally, automated Sentry robots are scattered throughout the spacecraft, and these can be activated in order to further aid in stemming the never ending tide of Space Beasts. Sentries offer a significant amount of additional firepower, and can often be the difference between life and death when the Marines are being overwhelmed. While Sentries are programmed to avoid firing when Marines stray are in their field of fire, friendly fire incidents can still happen.

Once all DataCores have been retrieved, the final objective is to disable all Reactor Coolants in order to destroy the spacecraft. Once this is done the Marines only have 90 seconds to find their way back to the Airlock for extraction before the Reactor overloads, obliterating the spacecraft and everything aboard.

Space Beast Terror Fright employs both procedural level generation as well as a procedurally arranged music scoring. Audio and visuals are all tightly synced to the action in order to deliver a super-intense combat experience that feels like an awesome action movie.

If you want to try out a demo of the game you can download a .zip file here: Space Beast Terror Fright Demo. This demo is our original Greenlight submission and does not represent the current state of the game, but it should give you a basic sense of what the game is about. The .zip does not contain an installer, so you might have to manually install DirectX9.0c in order to run the game. See further instructions about where you can get DirectX9.0c at the bottom of this page: nornware. Conrad Ocean was once the most powerful shark below sea level. As heir to the Ocean family fortune, he had fame, influence, and practically anything else he wanted. That is, until that fateful day when he was exiled from the seven seas. Bitter and vengeful, he began to use his fortune for evil. Soon he had built a business empire above ground, complete with skyscrapers and factories -- the perfect means to poison his former home with toxic muck! His robotic minions have helped nearly complete his worldwide monopoly, but one tough turtle dares to stand in his way.

Enter Snap the Sentinel! Snap sets off to rid his home of Ocean's mechanical scourge and set the world back on the right track. Are you ready to raise shell?

Co-op and Versus support up to 8 players! (If you're willing to put up with the netcode LOL)

The original version of thisgame was made for the7DFPS 2020 game jam. Thank you to the event organizers!

This game runs on the GZDoom engine. Thank you to its contributors community, as well as id Software! 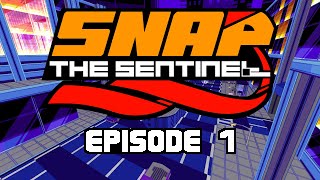 Round Table is a fun virtual reality action game for everyone! You are a knight of King Arthur's Round Table practicing swordplay in preparation for a big tournament. The wizard Merlin was kind enough to conjure up a training course for you, right in King Arthur's throne room! Grab a sword and get to it. How many rounds of Merlin's parcour can you do?

Select competitive mode, grab a sword (or two!) and start hitting the training dummies Merlin has summoned for you. One hit and they fall over. Hit all the training dummies in the throne room to advance to the next round. But be careful not to run out of time! Each round Merlin is going to conjure up more and more training dummies. At the same time, you have less time to hit them all. Luckily you get a little bit of extra time from removing a training dummy. How many rounds can you last?

Round Table also features two other game modes: arcadecasual and sandbox. There is no score counting or high score tracking in arcadecasual or sandbox game mode.

If you want to just enjoy the game world without a ticking clock, pick the casual mode. There is no time limit, and you can play for as many rounds as you like.

In the sandbox game mode you can set your own challenge! You get most of the dials and gauges that we use to balance the competitive game mode. Make the game as easy or as difficult as you like! And if you find the right setting for your flow, share it with us on Discord!

In competitive mode, the first round has a 60 second timer and one enemy spawns. Each round, the round timer decreases by two seconds, and the number of spawned enemies increases by one. Each enemy hit increases the round timer by one second. This balancing is correct as of 1.52, but may change with patches and updates.

In arcadecasual mode, there is no round timer, and no score. This is ideal for everyone who is new to VR and wants to have time to get to know the gameplay.

In sandbox mode, there are sliders for round timer, round timer decrease, round timer enemy bonus and hitpower. Moving the sliders changes the values, allowing the player to set a custom difficulty level. The hitpower setting controls how much force of a sword swing is applied to the enemies, which in turn determines how far they fly as a response to the hit. Suport for the chapter 3: 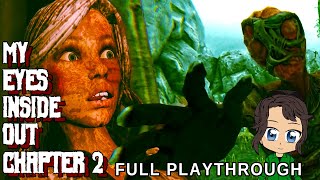 The crash of waves in lucid dreams.

The spring that never came around.

Sights of The Core in lucid dreams.

(GAME MAY NOT BE SUITABLE FOR PLAYERS WITH SEVERE ARACHNOPHOBIA)"CORE" is an atmospheric stealth horrorgame that takes place in a vast, industrial superstructure. Audio is a big part of this experience, so please turn it up to a tolerable level play in the dark.Press ESC while in-game to adjust volume mouse sensitivity. 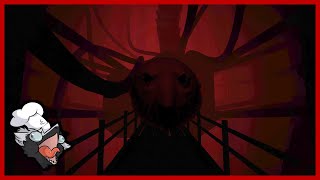 Read These Indie Games Take Horror To Another Level - February 2022 - Odd Nugget next.