Selbor - Smile To The Camera EP

Not all synth pop music albums are made equal! Some of the ones featured below might actually blow your mind... Synth Pop Albums That You're Bound to Be Amazed By 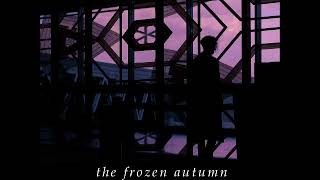 The Frozen Autumn The Fellow Traveller

Crisisdarkness said: 'I give thanks to the life of meeting this band recently, this is what I was looking for, thank you dear Italy, in that place there is a lot of talent'

The Frozen Autumn - The Fellow Traveller (Full Album) by

Selbor - Smile To The Camera EP Born and raised in Andalusia but London based for over 15 years, Selbor is a songwriter and producer whose music cohesively spans a range of different cultures and sounds.

With influences from leftfield disco and ambient house to flamenco and genre-defining artists such as Blood Orange, Lykke Li, Caribou and Rosalia, his curiosity for new music and new styles feeds his day to day writing: "I like updating sounds of the past that grabbed me and transforming them into something new. The EP was mixed by Shuta Shinoda (Hackney Road Studios) who has worked with artists including Hot Chip, Jehnny Beth, Ghostpoet and Anna Meredith.

Combining these influences with his background as an electronic music producer and DJ, Selbor utilises his eclectic palate to produce a unique blend of electronic alt-pop that is both enticing and emotive. Predominantly written using synths combined with electric guitar and bass his music finds a balance between these styles: "much of my time is spent layering nostalgic chords set against uplifting beats and percussion."

This can be heard throughout the new EP, but most notably on its lead single and title track. Centred around swirling electronics, intricate beats and soft guitar melodies, the single is uplifting but melancholic: a juxtaposition of emotions that matches the contrast and harmony of varying song writing influences.

This atmosphere is echoed by lyrics about "smiling to the camera and closing your eyes to reconnect with yourself, especially in dark times the songs message a re-assuring, warm embrace.

Across all of his music, lyrics are an integral part of the song writing process: "I write my lyrics at the same time as the music, using a poem or an image as a diving board into my unconscious says Selbor. "Exploring the spectrum of love, nature and death, Im influenced by Spanish poets such as Lorca and Machado. Theres also a confessional part to my music with personal experiences that have left a mark which I try to make sense of through my writing."

Released alongside the single, the video for 'Smile To The Camera' is directed by award winning director Nuria Gimenez. It draws upon the style of her latest film My Mexican Bretzel in which she combines found footage, sound effects and diary entries. Much of the same nostalgic and richly textured imagery is explored in the video in a manner that mirrors the self-reflective uneasiness of the songs lyrics.

I believe in the universality of all music both in time and space, and I hope I touch on feelings and emotions that people can relate to and that the listener gets transported and can connect with the energy that I tap into when writing them."

Smile To The Camera EP by Selbor 2. Spinning Out of Control 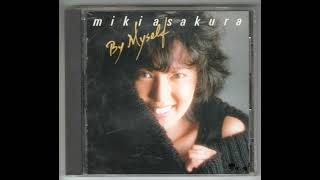 Gonna have to listen to the whole thing later'

Read Your New Favorite Breakbeat Album Could be Any One of These - Odd Nugget next.