Block Out the World With These Wonderful Dreampunk Albums - Odd Nugget Is Dreampunk a vaporwave?

Dreampunk music conjures up an emphasis on ambiance and dreamy sounds to pull listeners into another world.

This is the kind of music style you listen to when you're ready to dream, but not quite ready sleep.

Halfway through the 2010's, this genre got its start. But the teens mark only its time of birth, not what birthed it.

A sweeping sense of nostalgia gave Dreampunk sonic wings to fly on.

Is Dreampunk a vaporwave?

Dreampunk could be considered a kind of Vaporwave microgenre - owing mostly to how much it was influenced by it. However, you could argue that it is unique enough to stand on its own.

Unlike Vaporwave, Dreampunk generally uses no Plunderphonics tricks to achieve its nebulous sound and is mostly focused on building atmosphere.

Quite alot of Dreampunk music producers hail from Japan. Their approach to the sound seems remarkably consistent given how many different artists there are - hazy, almost eerie tones evocative of futuristic malls and glistening, empty urban spaces.

Producers from other nations have certainly contributed to the sound too, though.

In 2015, a duo known as Hong Kong Express produced an album entitled "Birth of a New Day" - differentiating themselves from other Dreampunk pros by using zero samples in the entire production.

Birth of a New Day has since become the best-selling album in the genre on Bandcamp, proving samples are always optional. 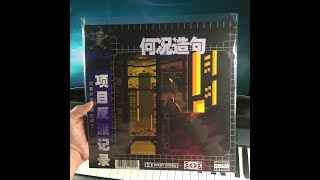 If this is your first foray into the Dreampunk genre, you should probably prepare yourself for its myriad amusing titles.

Curious and somewhat preposterous word combinations make Dreampunk albums and music seem even more obscure and mythical than they are.

Discussing database internals, entropy, hubris, humanity and shopping centers in a single conversation would make for quite a mouthful. But, mashing those words together to form a song title...

Only Dreampunk can do that.

Mallsoft is similar to Dreampunk in that it stems from Vaporwave, but it diverges in intention in favor of evoking the all-too-familiar feeling of entering a mall.

Of course, that mall would need to be library-quiet, space-travel-futuristic and inexplicably retro in its aesthetic to match this genre.

Look no further than the year 2014 to find Mallsoft's humble, corporate lounge-styled beginnings.

Dreampunk music is meant to be ambiance rather than attention-stealing.

Think of it as the fluffy dessert after a heavy meal. Or instead of said meal, actually...

Don't expect drums or strong rhythm of any kind while listening to these albums. If you can't dream to it, then it probably ain't Dreampunk. 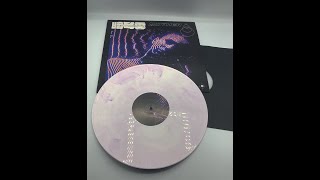