The Art of H.R. Giger 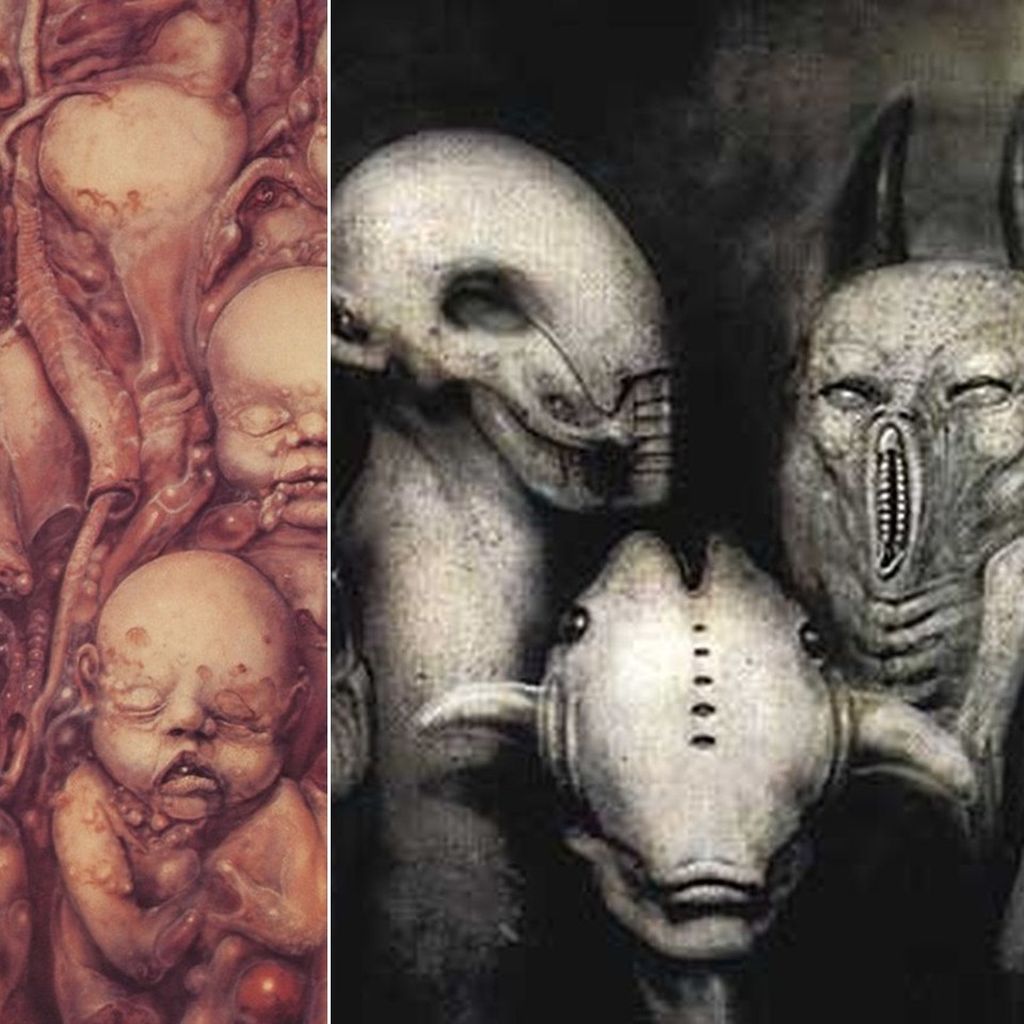 There is hope and a kind of beauty in there somewhere, if you look for it. - H. R. Giger 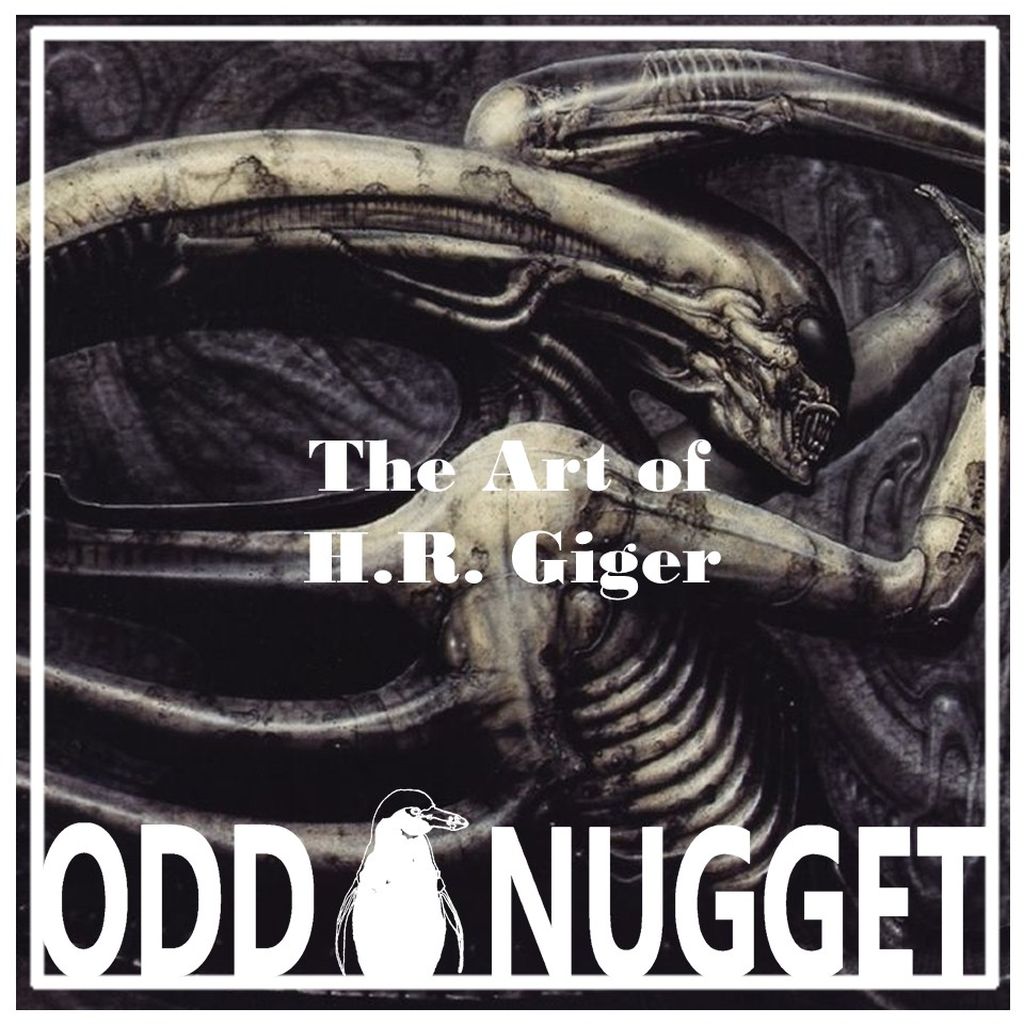 H.R. Giger, a Swiss painter, developed a bizarre style so uniquely dark and demented that it has been and continues to be replicated to this day.

His work inspired many artists throughout modern history and has been directly adapted to film on multiple occassions including Batman, Alien and Poltergeist.

Not only has his work been featured in film, but also on the albums and stages of multiple musical groups and acts, including Korn, where his design for the lead singer's microphone stand can be seen in videos like "Coming Undone" as well as on their tours.

Even Ibanez wanted a piece of his work and made their own signature guitar series in his honor, with a licensed metallic, bio-mech engraving as decoration.

"There is hope and a kind of beauty in there somewhere, if you look for it." - H. R. Giger

Upon viewing the imagery he produced in his Necronomicon, his style is immediately recognizable. Influenced by Dado, whom we've covered here on Odd Nugget, he intertwines the biological with the mechanical to nightmarish effect. His realism is uncanny and unsettling.

See for yourself below! 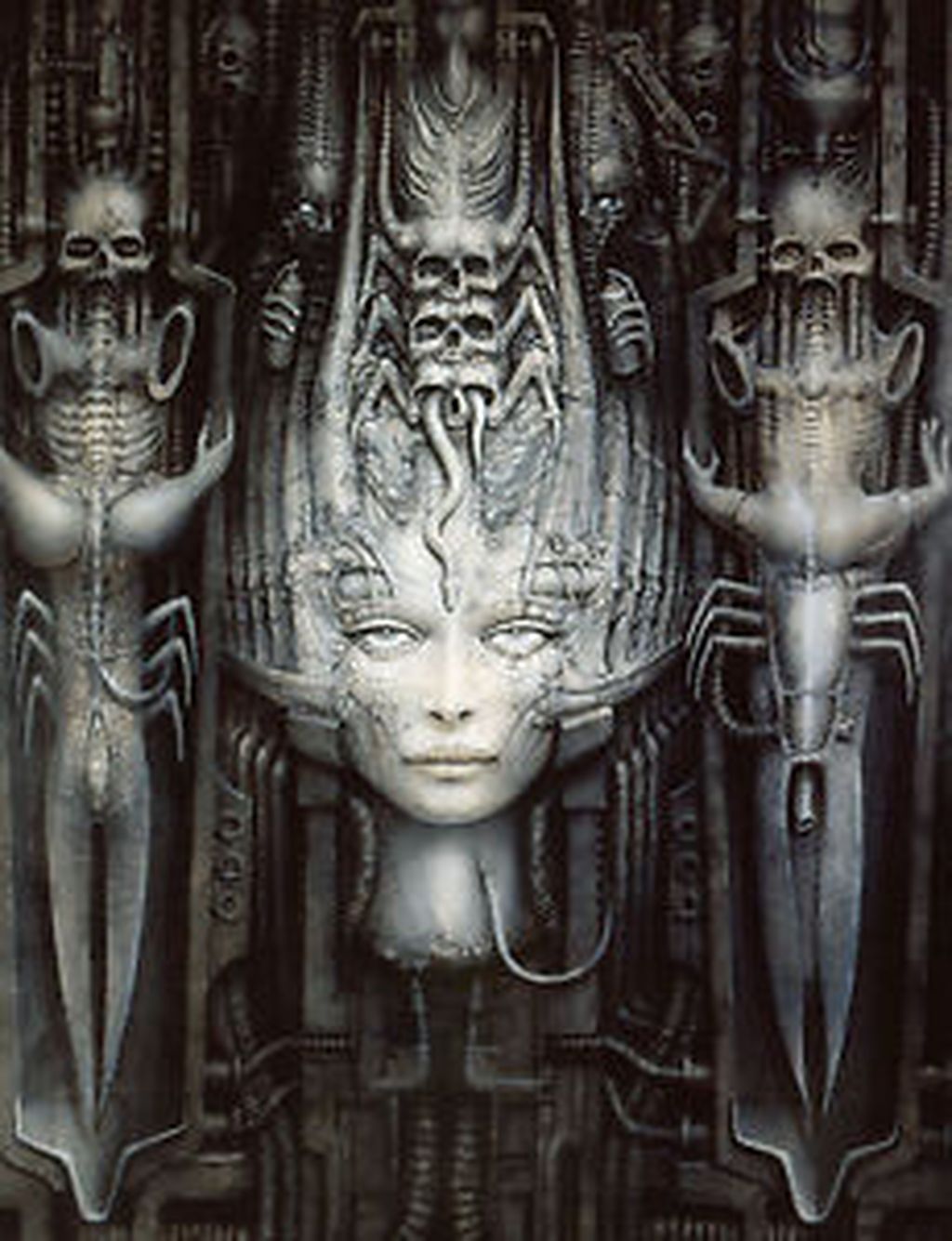 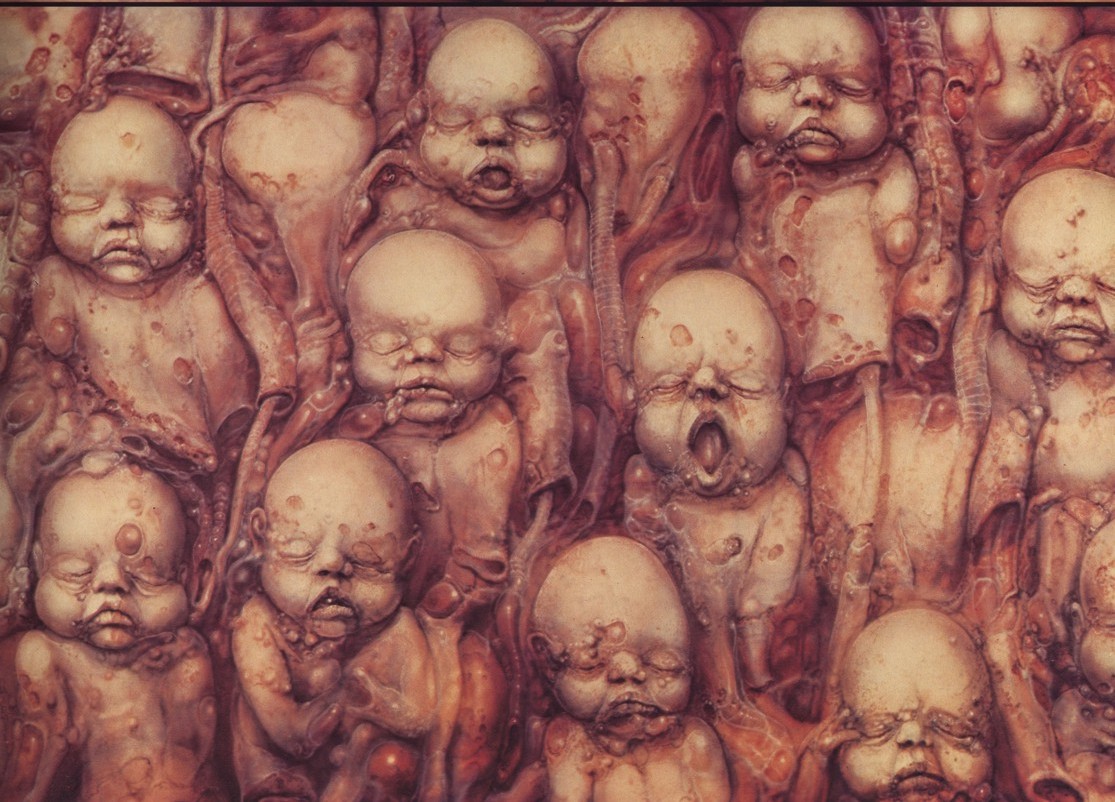 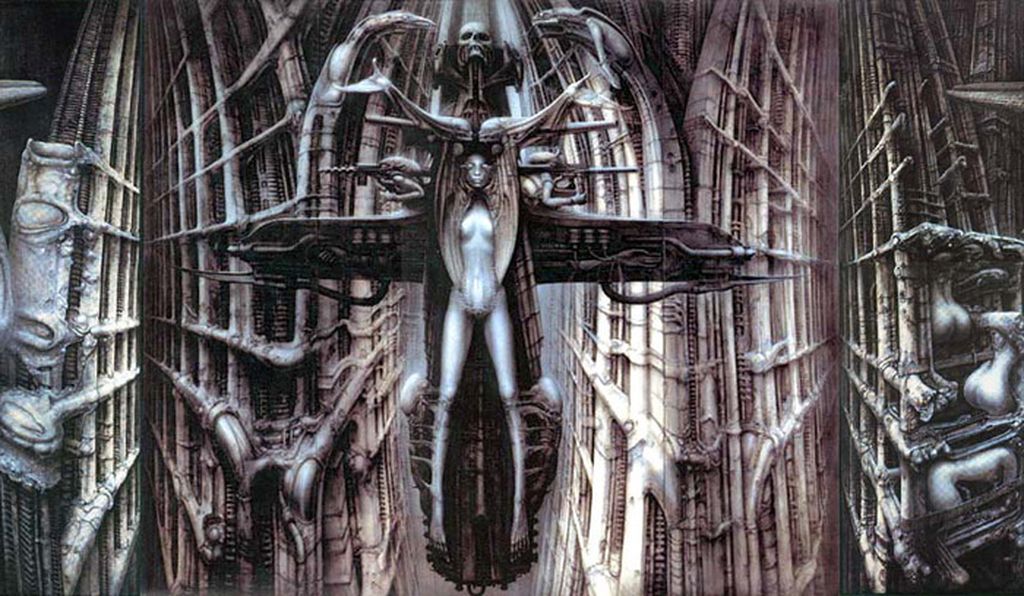 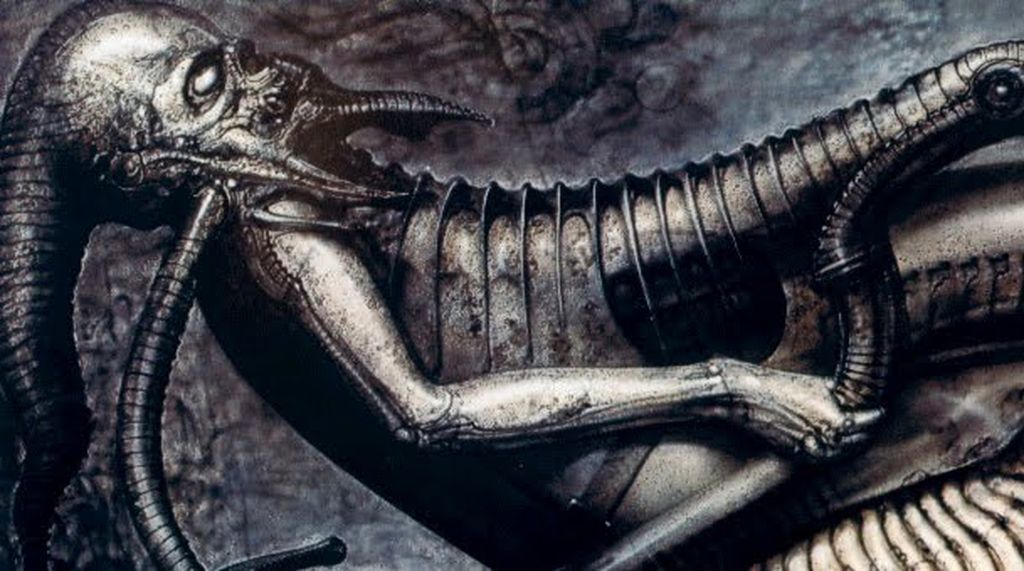 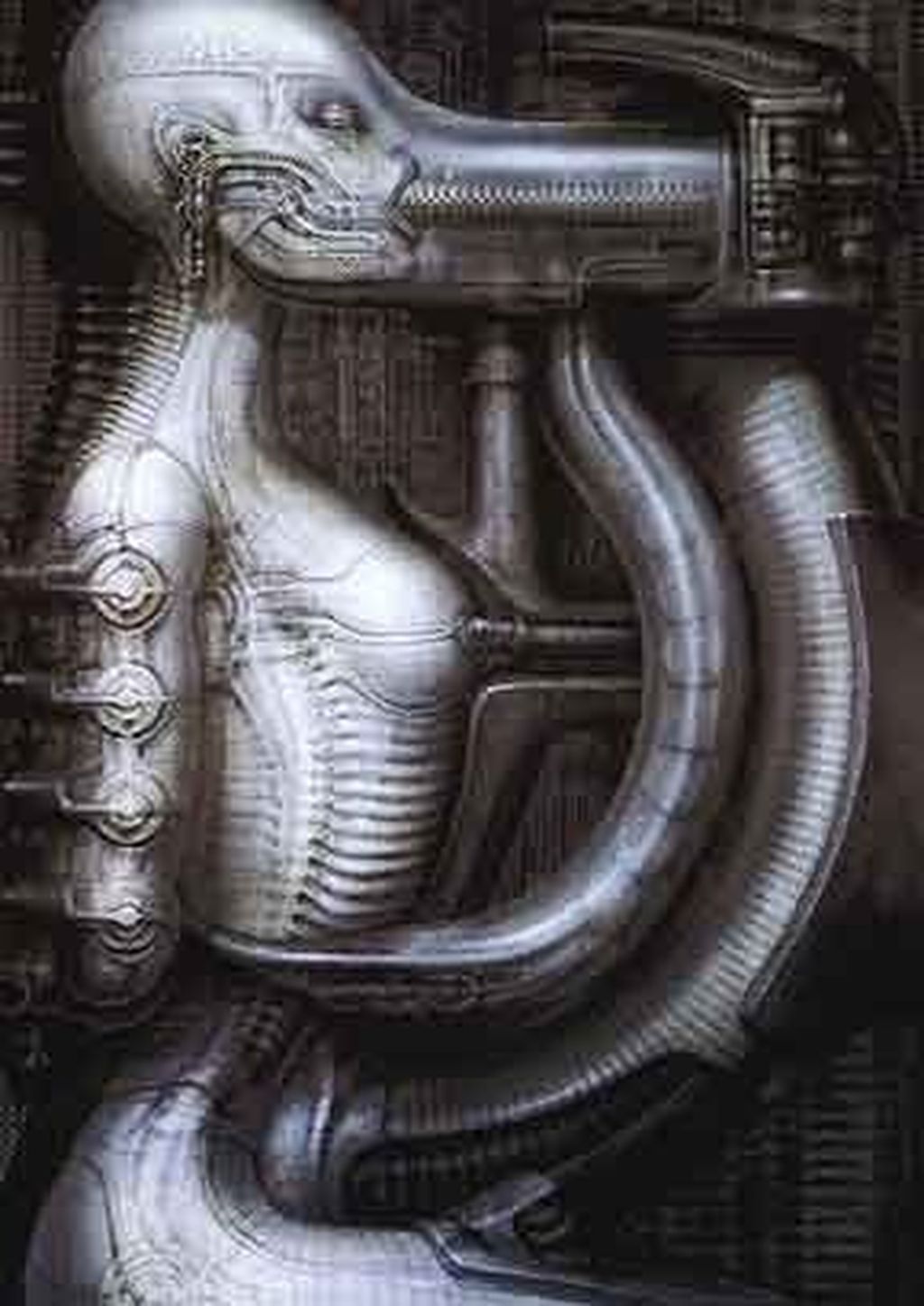 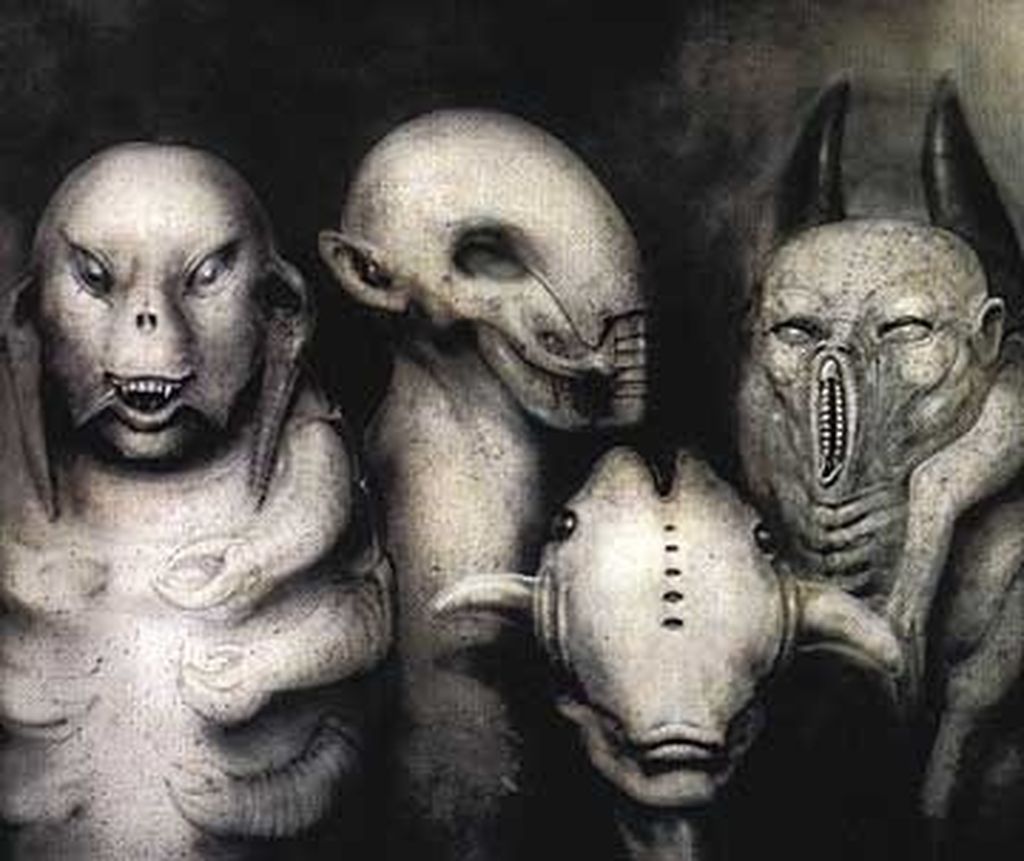 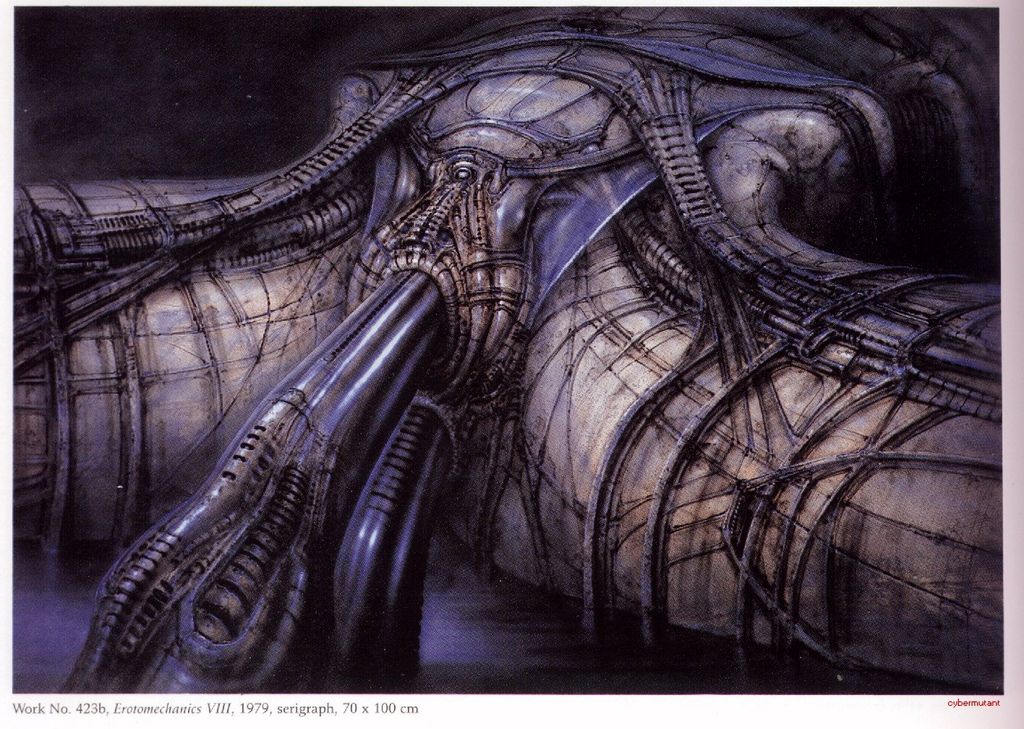 Read our article on the art of Ida Applebroog...