ArcM's "Falling Away From You Now" Will Smother You Tonight ...Maybe everyone will leave you alone... Sweet singing and cold, hard, distorted tones deliver us to another dimension in ArcM's "Falling Away From You Now".

An influx of Asian influence bleeds over a rumbling corpse as something alien and new hatches from the heart...

Space. Dark, but for the light.

No peaking. You're an avatar at birth.

No worse off than you were before.

Behind, after opening, you've closed the door. So big and dense, it seems to scream in mono. Dreamy, withdrawn and intense, "Falling Away From You Now" pulls you deeper and deeper...

The general impression this song gives off is retrogression; it's shedding complexity as it shoulders meaning. In an artistic sense, it shows without telling, all of its constituent sounds and parts contributing to the effect without anything tapping the nail on its head.

Sweet asiatic strings wave and glide about like flags in a gale, the beat breaks to pieces like stones under a hammer and the vocals hide just out of earshot like robbers in the night... These sounds all move forwards, but the song moves backwards. The whole progression is a regression. It's a trip.

Listen just once to ArcM and you're bound to want more. "Falling Away From You Now" is a solid song with more depth and meaning than can easily be sussed out. Give it a spin. 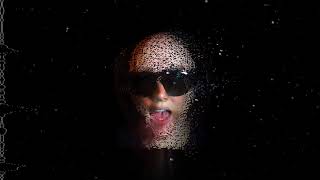 Read all about Yurrit's song on wanting much more...