It's a subgenre of drum and bass!

Techstep music albums like those featured in this article come at you with all kinds of crazy sounds. Tune on in... Single after single, Crissy Criss has been ensuring that both fans and the wider realm of drum bass are ready to receive his debut LP in its final form. Its his most important work to date and this is no small feat for an artist who made a name for himself decades prior to his first album. Crissy Criss history stretches from his time on Radio 1 as their leading drum bass tastemaker, through to launching his very own label earlier last year. And as a genre, drum bass is something which Crissy Criss is well versed in, having stepped up behind the decks at the tender age of five, mentored by the imperative DJ and producer Kenny Ken.

War on Silence, titled after the label he launched in 2018, personifies Crissy Criss as a selector, drawing from a huge array of collaborators. Title-track War on Silence alongside Teddy Killerz, as well as Launch featuring Inja, Right Now with multi-faceted outfit Orange Hill and Nature, Malfunction with the help of dubstep pioneer Funtcase and the collaboration Rumble with underground connoisseur Heist gave fans an intriguing insight in the lead up to its release.

Real, produced with trap-duo Wide Awake, has dominated the radio airwaves, becoming a favourite on Radio 1, reaching number two on the BBC Radio 1 Dance Chart, supported by Annie Mac and titled as a Record of the Week on Mistajams Radio 1xtra show. Theres also a host of new material debuted throughout War on Silence. Bristolian based MC Carasel joins Crissy for The Ride, veteran pyda is drawn for through Global Riddim with Upgrade, whilst vocalist Karl Williams helps deliver emotive roller Live Stream and the glitchy, punching sounds of Lost. Deliveries such as Breathe with Dan Moss and Kiss the Sky alongside 5572 continue the more understated, yet still impactful records which Crissy has used to create such as versatile LP. And having already revealed Airlock, where Crissy returns to his teamwork with Malux and Erb n Dub, the trio come together again for Spark Plug and Curse.

Standalone tracks Bad Boy and Show Me prove the brute force of Crissys production; not only does the LP showcase his extensive reach throughout the drum bass community, pulling some of its most notable figures, but also how imperative his own production has become. Crissy Criss has gone from radio trend setter to releasing one of the most hotly anticipated dance music albums of 2019. This highlights his longevity and commitment to a genre which was nurtured by his love for drum bass. Something which shines through each track on the album. After numerous delays with pressing plant and Covid related issues, we have secured a new vinyl production and shipping partner!

This means the 2x12" TX album from Brakken will finally be going to production but to test out the new facility, we are starting the year off with two 165-170bpm cuts of amen pressure!

We've enjoyed cutting the new style of real dubplates but moving forward this section of our Bandcamp label account will be featuring limited edition 180g heavyweight vinyl housed in our limited edition sleeve design and logo only labels.

We will never press more than 100 copies, plus ten test pressings, making these rare and with a high resale value. The premium price tag reflects this but is less than the real dubplates and includes worldwide shipping.

Every sleeve will feature a unique serial number added at the time of manufacturing.

Digital versions are exclusive to Bandcamp and will not be available on any other platforms for at least three months from the vinyl shipping date.

Test pressings will be made available once we receive them - send us a message to register your interest. 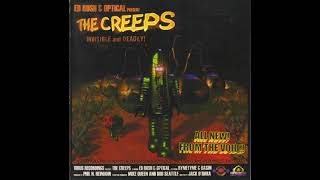 Great mix of Ed Rush Optical's sophomore album, hosted by Ryme Tyme and Basim. This was one of the first appearances of the 'Bleep Bleep' dubplate, which was later mixed (again) on the 'Virus Vaults' CD - it never managed to get a proper release due to the similarities between Optical's 'Blue Monday' remix. Thankfully Optical put the entire dub on SoundCloud so it hasn't been fully lost to time.

Kenshin said: 'Glad I found this again. The album that peaked my interest in DnB.'

Halo Partiska said: 'Many thanks for such delicious songs! When I listen to this set it reminds me of my teenage times. Always DNB!' I remember thinking to my self #&@$ it they will come back to me some way in the future......and it's now 2017 and a few moths ago I landed a big deal putting my music on a world wide tv show I remember getting the check and hearing a voice inside my head "re invest in your self and it will come back double" so I thought to my self #&@$ it I want my jungle vinyl back so I jumped on discogs and went nuts buying all my $#!# back then I herd.... now put on a party the way it ustoo be... so I ended up throwing a all jungle I party with my friend audio angel that ended up evolving into a mid west at tour so that made my money back and while I was getting records in the mail I would sample each record and crate random loops and audio ideas all set to 174 beats per minute

Then went into a big studio and mixed The the whole project in one day .... this was by far the fastest ep I've ever vet made in my life maby because I had all ready made loops and ideas out of all the records I was re sampling, maby it's because I was just going with my gut feeling or was it that one voice in herd directing the wold dam thing some would say the sub concision...

I thought it was a great Match for this ep and boom!! hear you go this is the whole dam jury in one ep Six never before heard tracks that probably should have been released 15ish years ago but weren't... Now packaged as a mini album to celebrate the last Bandcamp day of the year! This special EP comes as a little Xmas treat! 4 tracks back from the deep history of the label, re-released to our 1000's of new fans we have gained since 2018!

With tracks from artists that have gone on to really grow and develop their fanbase, sound and reputation in the scene, with tracks from DJ Gaw, Python, Raybee and Hatchet!

Follow the album download link to buy the tracks in 1 folder for a small donation or download them each individually from Hypeddit and support the artists! 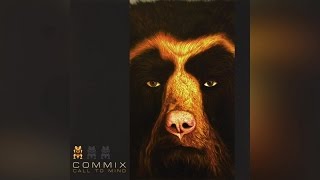 "Drum bass has never been the purest of genres. From the psychotic juxtapositions of the hardcore that spawned it to the Detroit-tinged, jazz-leaning liquid jungle of Bukem, Wax Doctor and company, right through to techstep's horror movie fixations and beyond, 150-180 BPM bass music has rarely been afraid to plunder territories afar. Nowadays, the Autonomicisation of the Continuum represents another, highly layered stage in this process, one of the hallmarks of whichnot entirely new thanks to the work of Photek, Marcus Intalex and man-of-the-moment ASCis the flirtation with, and assimilation of, other genres within the wider sphere of electronic music (primarily housetechno, electro, dubstep and classic IDM). After years of generic mid-range drudgery, it's like DB has reawoken its primordial, pluralistic impulse, revitalising what had becomebarring the steadfast amen pietism of Breakage, Equinox et al.a living death.

If you're in need of evidence, look no further than Metalheadz's latest LP, which sees Commix's much-loved Call To Mind ripped apart and put back together again by everyone from Burial to Underground Resistance. There's barely a trace of atypical "DB"or any sort of DBin sight. The original album, released back in the dark(ish) days of 2007, was enjoyable but patchy, with standout tracks like "Satellite Type 2" (one of the best technoid rollers of the '00s) and "Japanese Electronics" (a luscious precursor to today's '80s-fetishising Tetris-stepping) rubbing up against more pedestrian fare typical of the (underground) sound of the day. Re:Call to Mind is an entirely different beast, traversing myriad styles and tempos in an attempt to break away from what, prior to the Autonomic bomb, had become an extremely restrictive milieu. Ironically, to the extent that it offers a comparably faithful picture of today's bass music underground, it succeeds." - Resident Advisor

Nicholas Denney said: 'This is one of my favourite drum and bass albums, an understated classic to me, a mellow contrast to my favourite artist Dom and Roland.'

Christos Tiger said: 'Easily the best drop ever. No other DnB album even comes close, including Timeless. Cheers Sade!'

Read The Art of Jules Cheret next.