It's a bit strange that no one has made a Keeping up With the Kardashians adventure game yet.

Potentially unlocking Kanye West as a playable character would make it impossible to stop playing.

Adventure games can offer up a lot of fun and these indie picks are pretty affordable too! See for yourself...

Explore the city of Florie in the lower district, a place where the guards oppresses the working people. Death is common and starving people will ask you for food. Play as Arridaios, one of the leading members of the rebellion. People look up to him and hope that their revolt will succeed. But Arridaios is reluctant in helping the people. He wants to live in what little peace he has. Things don't go the way as planned. Arridaios discovers that his friend went missing. And along the way in finding him, he sees something he dreads. Something he never wants to see again. Far worse than the oppression of King Leuric.

Join the discord to keep tabs on future game created by Yobob! Check Out All of These New Indie Adventure Games - January 2022 Made by Jeff Campbell

It's Friday afternoon, almost time to leave work, which means your boss is about to ask you to work this weekend. Time to finish up your tasks and escape before he catches up to you.

Seek out listed items (TPS report, watering can, etc) and use them on the appropriate thing/person without the MANAGER catching up to you. 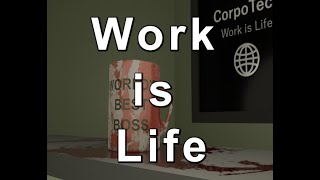 Outset is a 2D platformer RPG being developed for PC and Mac. You control an Explorer, a wanderer tasked with searching the surrounding world and ideally finding something useful to bring back to your home - the village of NOTDON.

But how will you do that? With your GRAPPLING HOOK!

This stylish tool lets you speed across gaps and barrel through the world in a gameplay loop that combines fast-flowing platforming and nonlinear exploration. It'll even impress the other Explorers (for better or for worse) and make you the talk of the town, for the first time ever!

Along the way, you'll encounter ferocious foes, navigate the world, and maybe uncover some secrets about the world around you and your place in it.

Nah, of course you won't! It's just a game where you fight robots and try not to die! Just a fun, friendly, little game......right?FEATURES:Master your grappling hook and its slew of upgrades to discover new locations and secretsLearn about the world around you through gameplay, new discoveries, and LOTS of (mostly optional) flavortextForge your own path... nonlinearly! Every dialogue choice and navigational decision will significantly change the story and the path forward.Explore the 6 distinct regions of a massive, interconnected world (this is an indie game, though. It won't an AAA open-world game in 2D. But it will be big. But not that big. But still big. But not...)Get hustled by no less than 2 very similar shopkeepersWitness the evolution and impact of humanity firsthand (this means that major areas in the game will change and adapt based on the story)Take a napAnd many more!On track for a release in early 2022... hopefully!Made by Will FarhatProgrammed in GameMaker Studio 2 This is a game where you fight a large number of different demons and other creatures. You can play singleplayer or with your friends. Also there is a little story which you can explore. You can use up to 200 items in this game consisting of around 100 weapons. Explore the secrets of an abandoned frozen castle.

Play the first four out of six different endings.

Demons that may or may not want to eat you.

Despite me putting a lot of sweat, tears and love into this project over the last few weeks,

there might be still a lot of bugs in the game.

If you find any, you can report them via my discord server:

Version 1.01 - Fixed a possible softlock bug in the Courtyard

Removed another softlock bug where the player

was able to get back into the kitchen

Fixed a minor continuity bug during the end scene

There are also plans for further improvement of this original jam version in the next 1-2 updates!

polishing some of the artworks

Mild descriptions of violence (written only).

Mild and stylized depictions of blood. 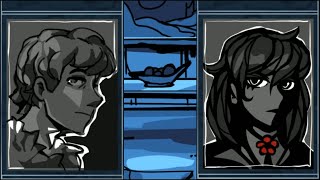 Snowman Adventure is a third-person platformer. In this cool game you play as John the snowman. You have to get through all the obstacles to complete this game. This game will give you unforgettable emotions of joy and fun. Play it with cheerful and perky music!

Would you like to feel like a snowman? If yes, then do not pass by this game. Plunge into the world of fun! Play this third person adventure game! Get real pleasure, passing incredibly difficult and truly dangerous tests. It will be incredibly Lego to die in this game, but it will not be easy to win and reach the end !!! Enjoy playing this game with funny music that will definitely not let you get bored! Developed by metalogiq and published by JAST USA

Humanity's first contact with aliens was far from peaceful, and now these hostile monsters from another galaxy are coming for the destruction of Earth. Every attempt to push back the advancing waves has been met with tremendous losses, as conventional weapons are practically useless against these invaders. Now in humanity's darkest hour, there is a new beacon of hope in the form of Special Warfare Troopers, known to some as just "magical girls".

Dead End Aegis: Gaiden follows the origin of these unlikely heroes as three soldiers, stationed near Mars as part of the United Earth Forces, find themselves imbued with incredible superpowers! Join Lisette, Circe, and Canxue as they journey from the smoldering ruins of humanity's Martian colonies to become mankind's last hope against an unstoppable alien threat. The story unfolds through visual novel style gameplay, where the story unfolds through a manga-like presentation, with fully-voiced characters and beautiful 2D artwork. Enter the world of San-Francicado with Inspector Phillip Mothlowe and his partner Buggsy as they solve the mysterious crimes that have been plaguing the once peaceful city.

Initially made for the GitHub GameOff 2021 Gamejam.The theme this year was : BugInstall instructions1. Download the zip file.2. Extract the folder.3. Run the .exe inside.4. Enjoy and tell us  what you think!Link To GitHub Project: https://github.com/HAID-Audio/InsectorMade by:b é à nHAIDMehfistopollenChaeEPICGameGuyAnyaliSpecial thanks to the Polycool DiscordMusic for Intro Cutscene licensed under Creative Commons‘Hot Salsa’ by Audionautix ‘Bass Vibes - Rollin at 5’ and ‘Faster Does It’ by Kevin Macleode 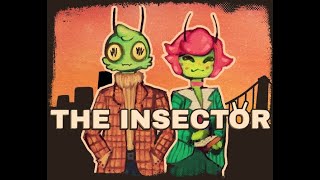