Adolf Wölfli and the Irony of "Outsider Art" 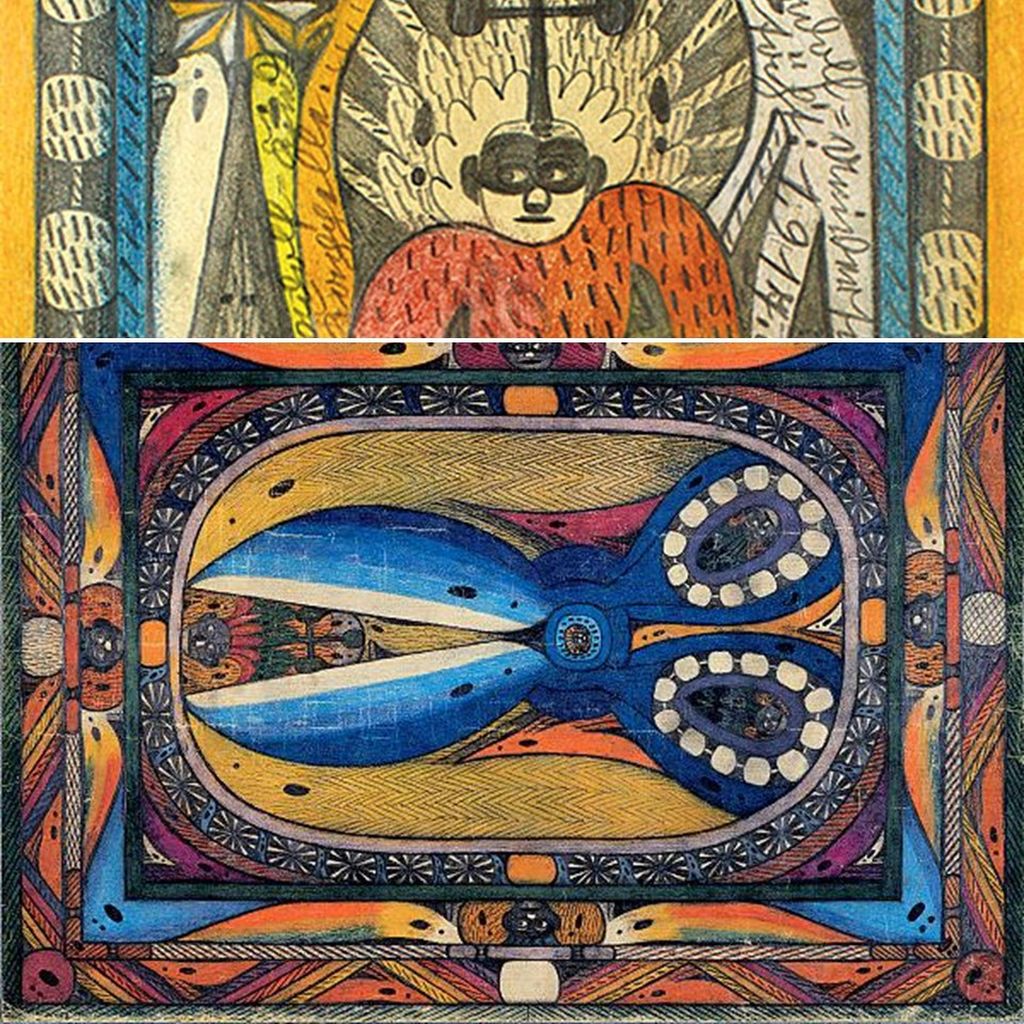 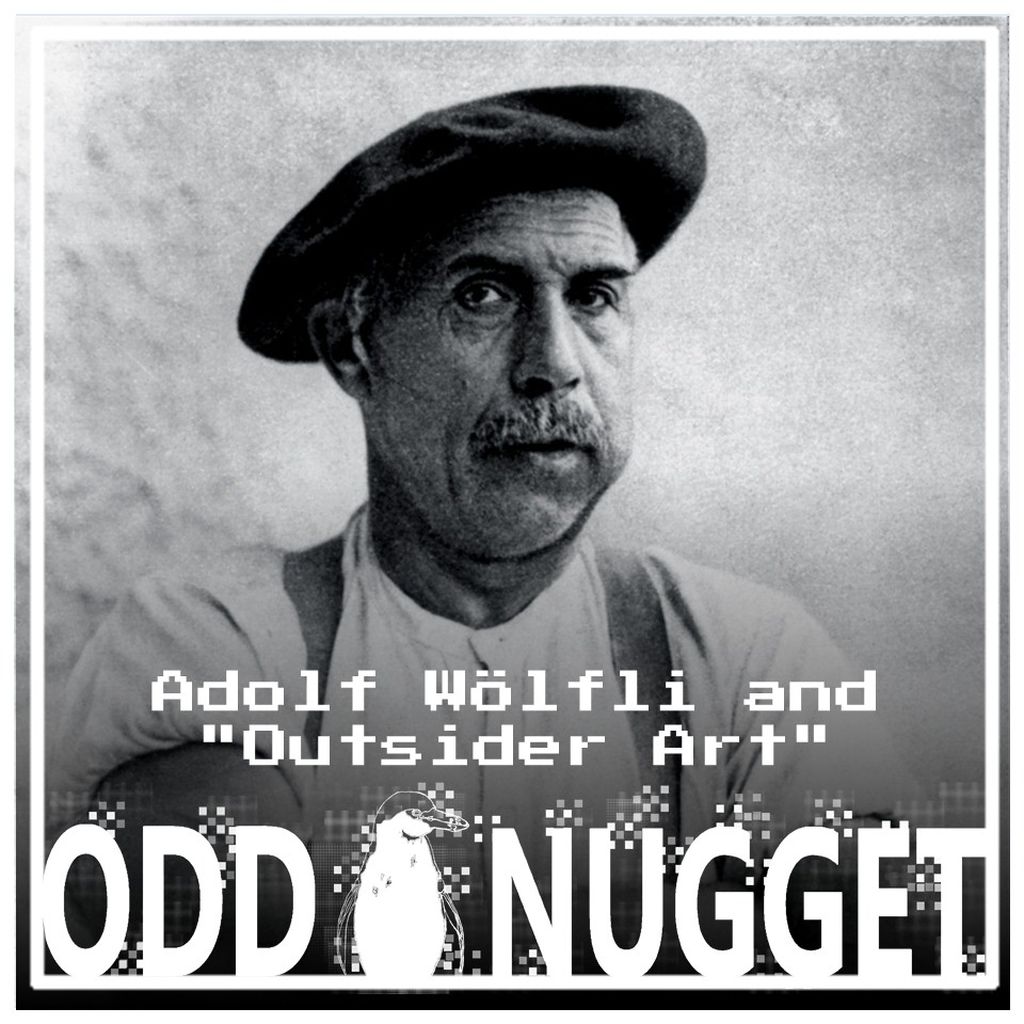 Commonly held is the notion of an artist being an uncommon sort; an outsider by vocation. After all, great art demands great curiosity, an unusual trait amongst most members of civilized society.

Condensing the abstract imagery of the human experience to beautiful visual art requires the cooperation of a mind unbound by conventional rules.

What then, can be made of so-called "outsider art?"

Outsider art refers to any and all art produced by individuals outside of the mainstream art sphere. Self-taught artists such as John Kane, Grandma Moses, and Adolf Wölfli fit the definition. However, Wölfli's status as an outsider transcends his being self-taught; he was also clinically insane. 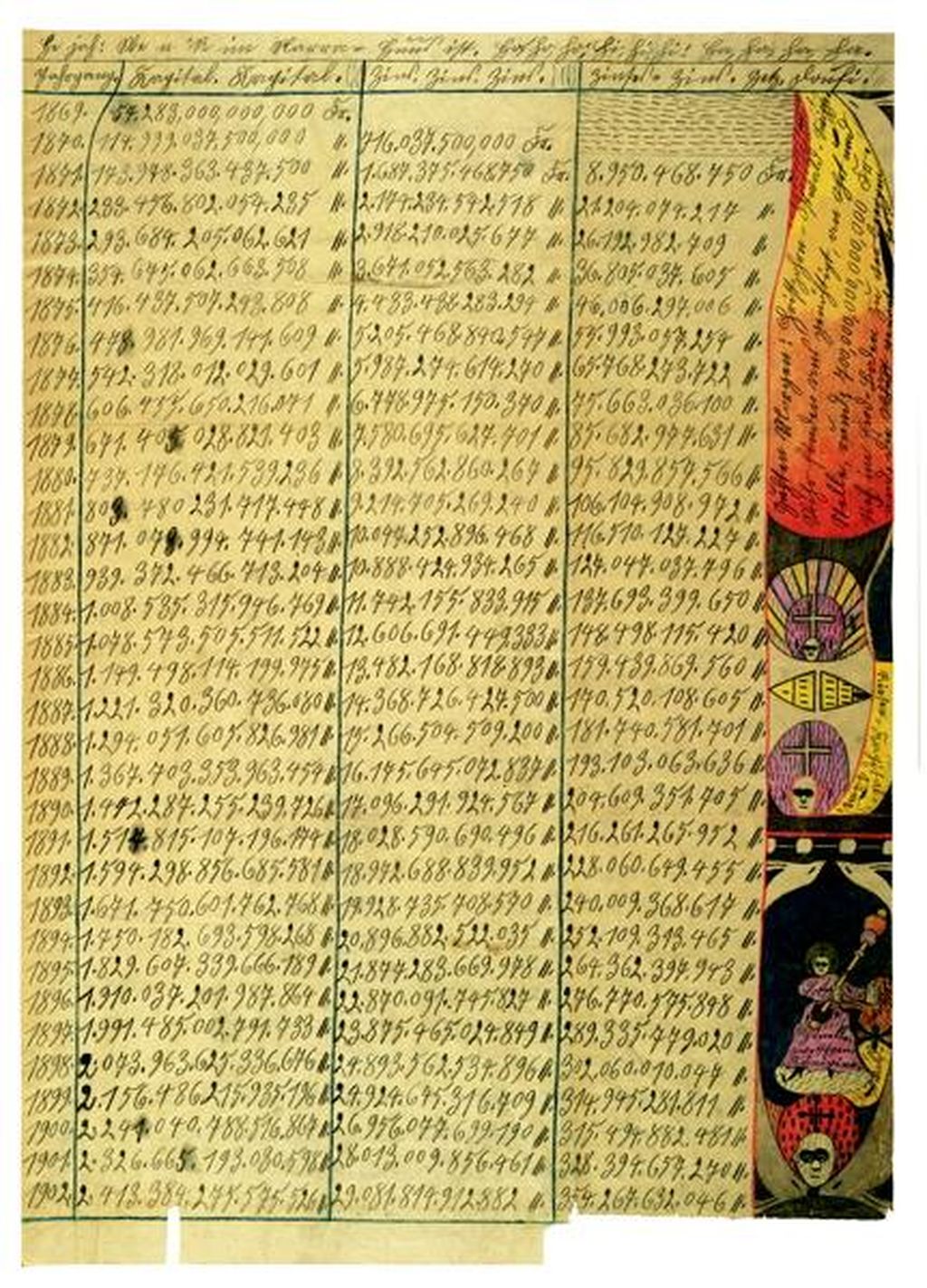 The mentally ill, challenged with the task of expressing their innermost thoughts, turn to art surprisingly often. Despite their poor psychological state, they inadvertently come upon the core reason for creating art - expression.

His work stemmed from a deeply marred psyche. A tragic childhood as an indentured young laborer in 19th century Switzerland had left him scarred. Art was his out.

A means of free expression unlike any other, he took to it very suddenly around 1904 - drawing numerous detailed pieces while living within a mental institution. Most of his adult life was spent in mental facilities and he passed his time with his art. 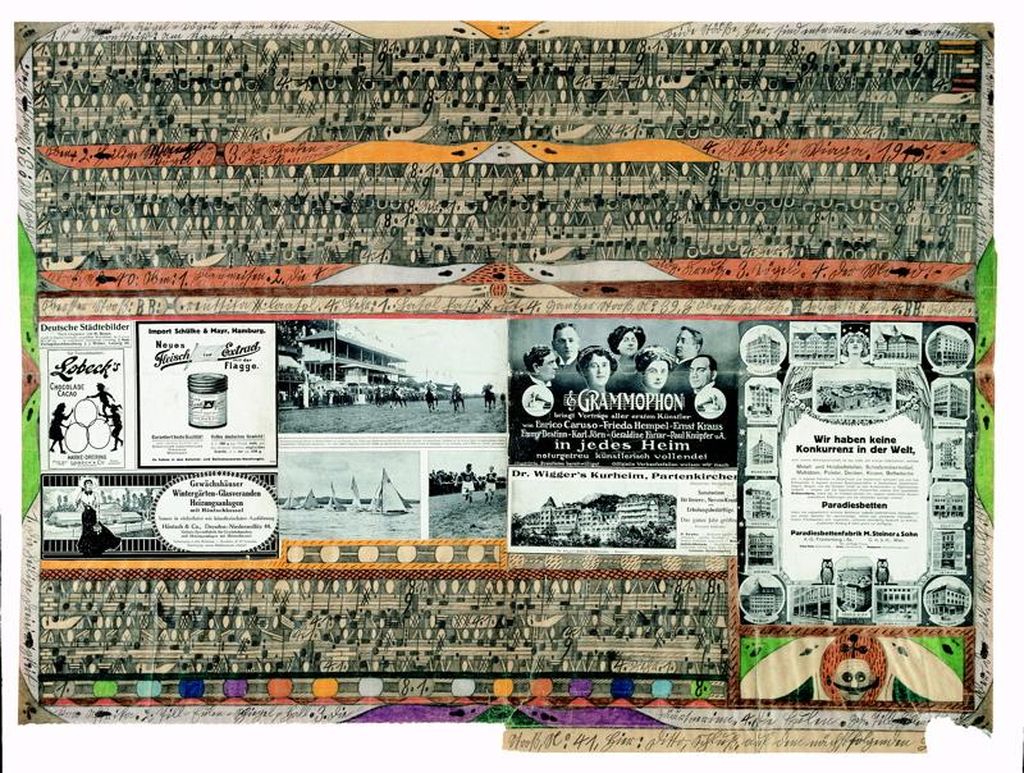 Wölfli paved the way for art by individuals typically dismissed as outsiders to be taken seriously - becoming the first truly psychotic person to be considered an artist.

His artwork told a story, his story, in the language of his own shaken mind. Adolf Wölfli's autobiographical books

coupled all manner of stimuli in a frantic effort to define his own existence and psychotic interests.

So-called "outsider art" embodies precisely what art is all about. Mainstream art can learn quite a lot from it, and indeed it already has. 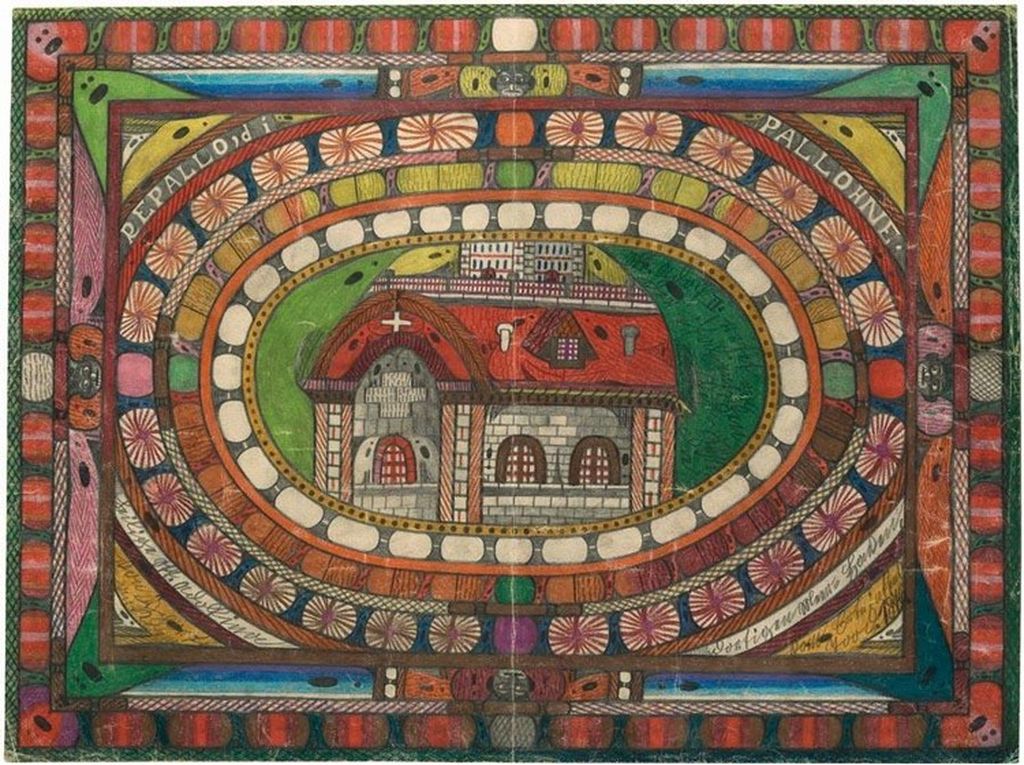 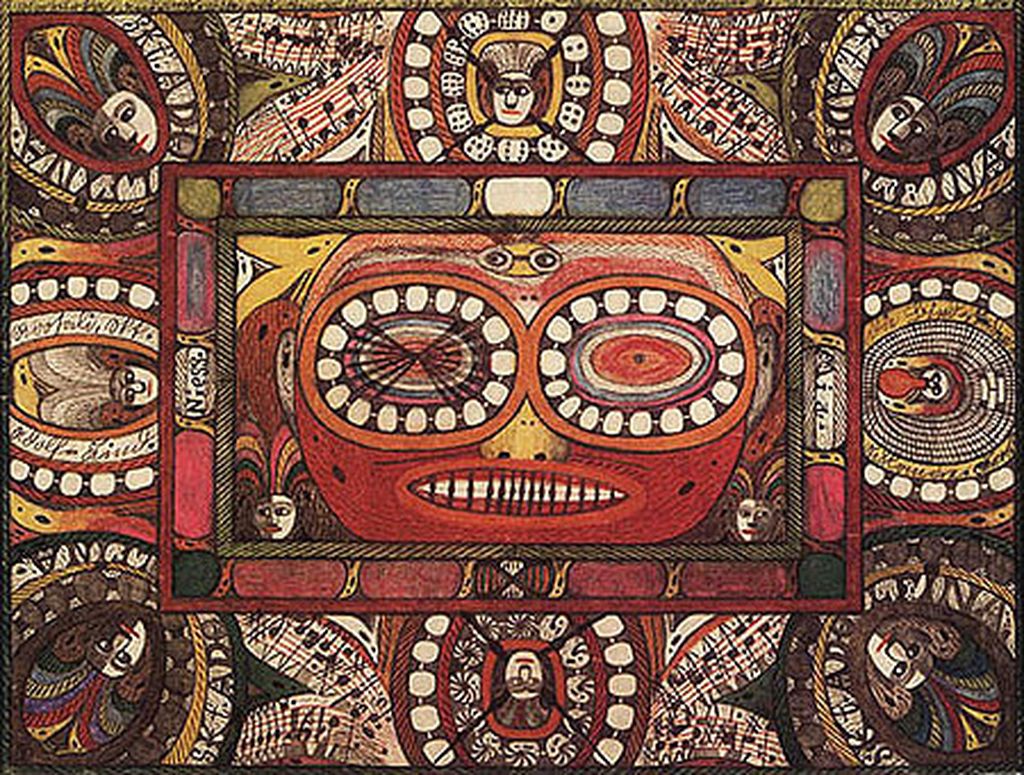 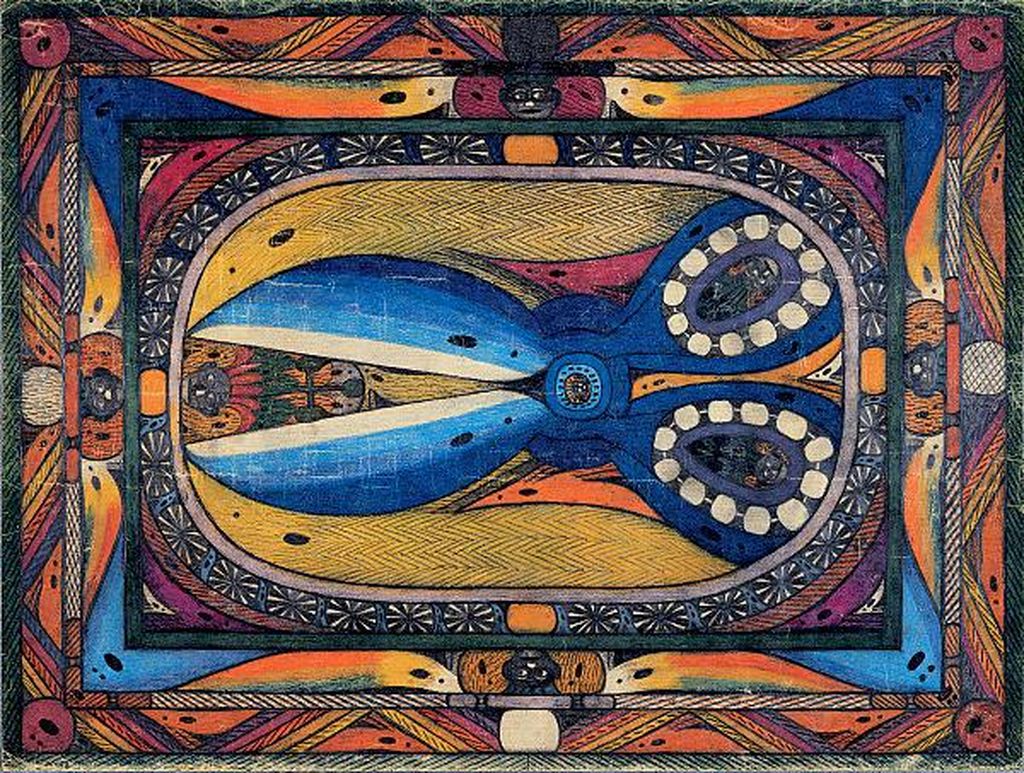 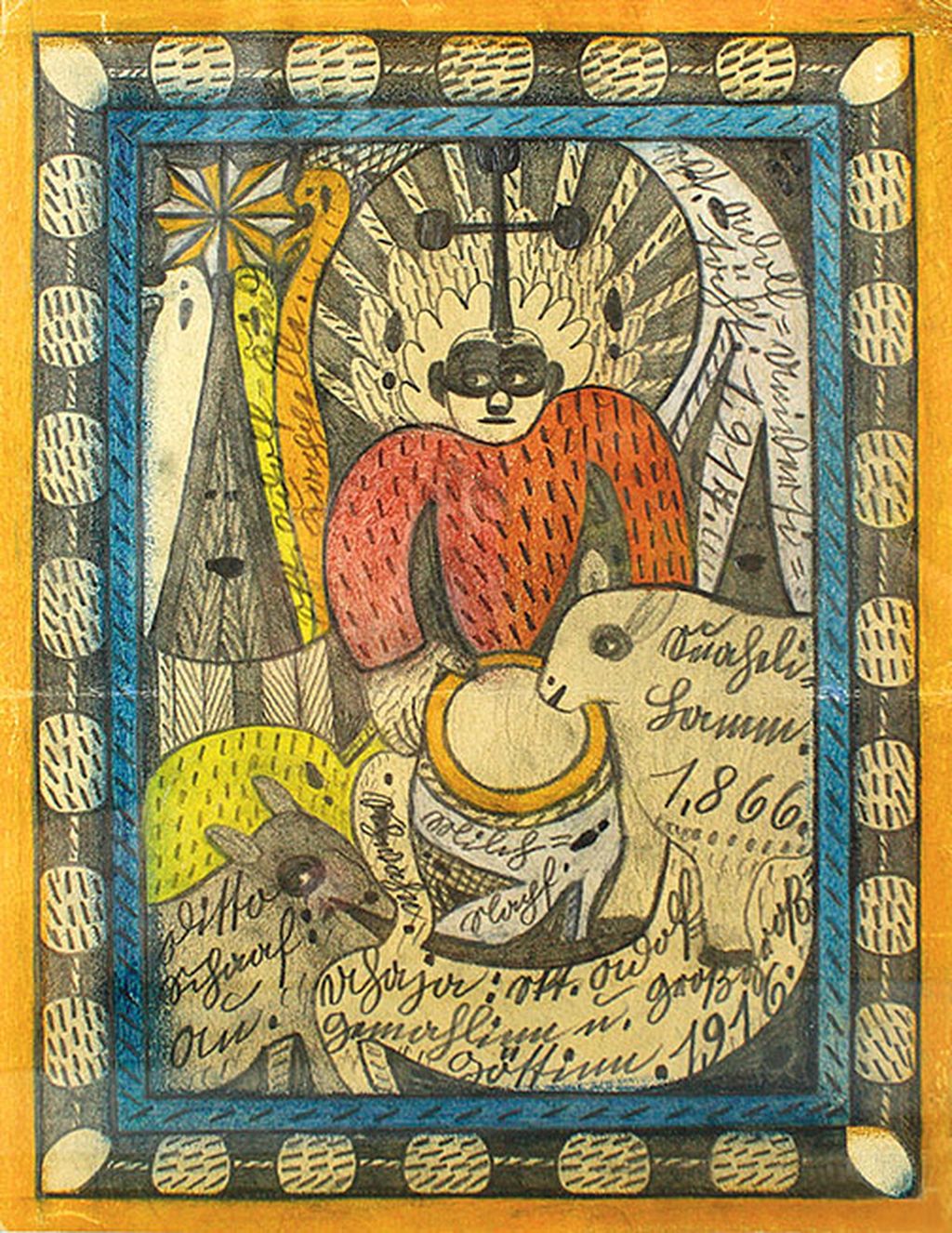 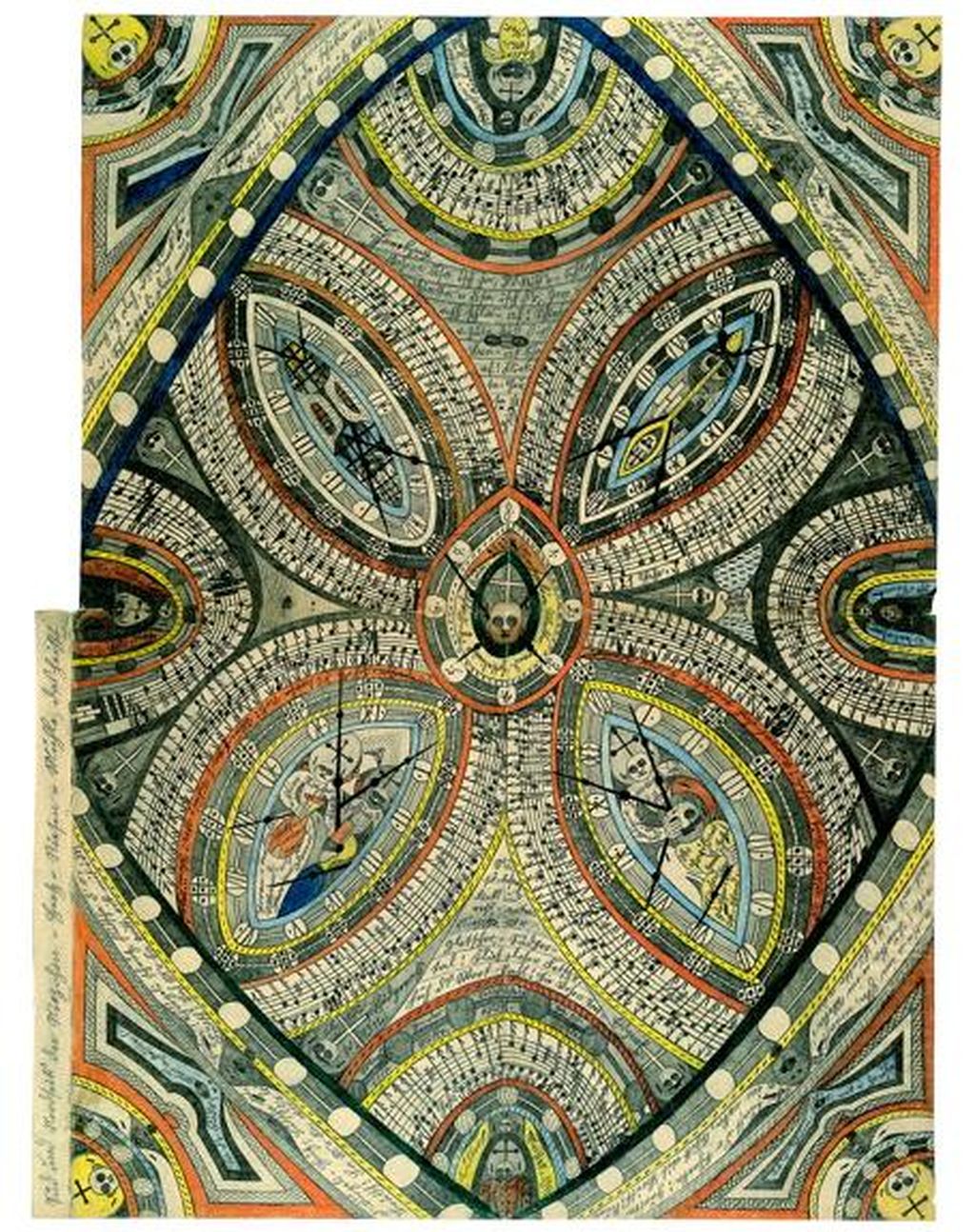 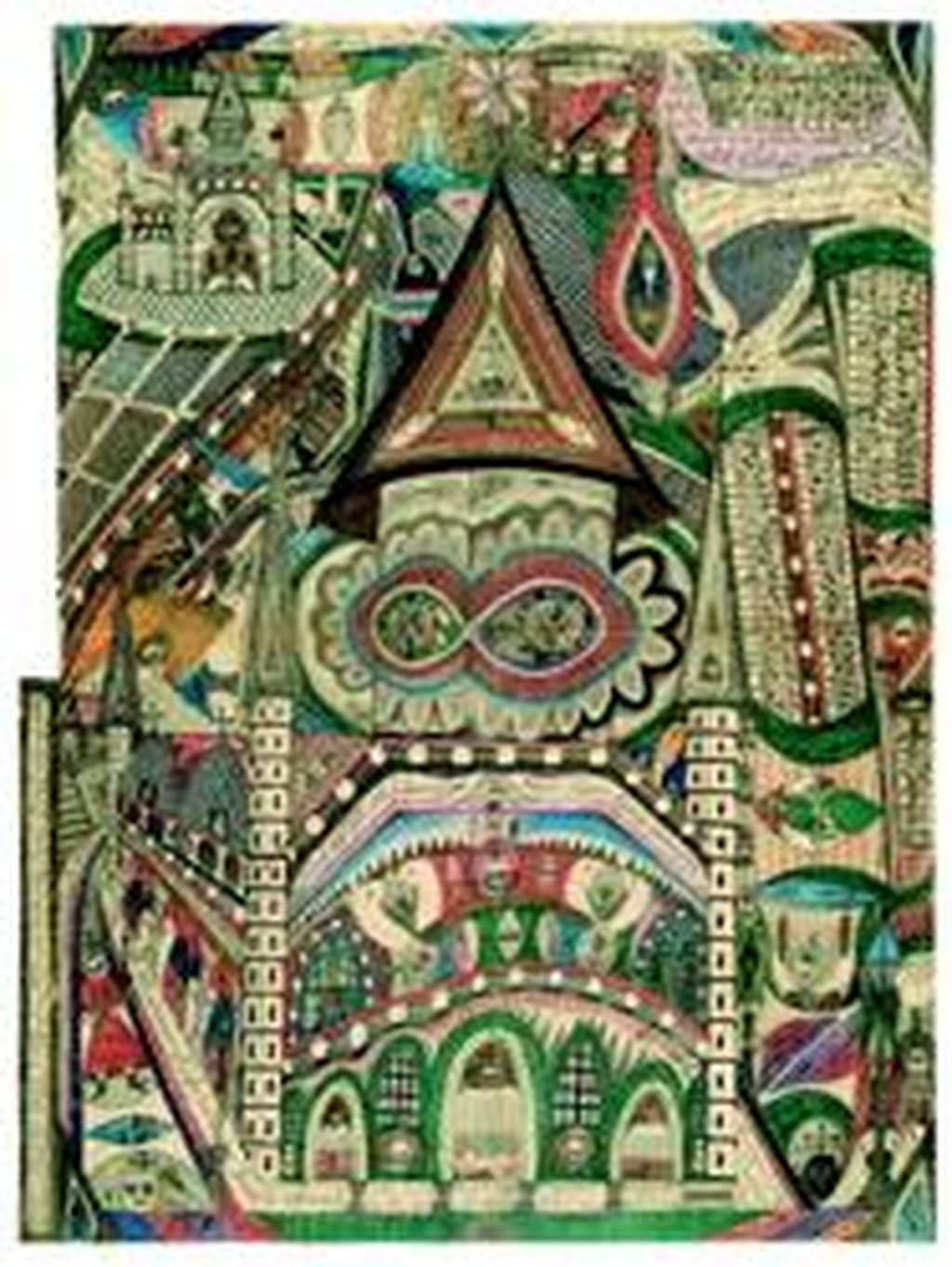 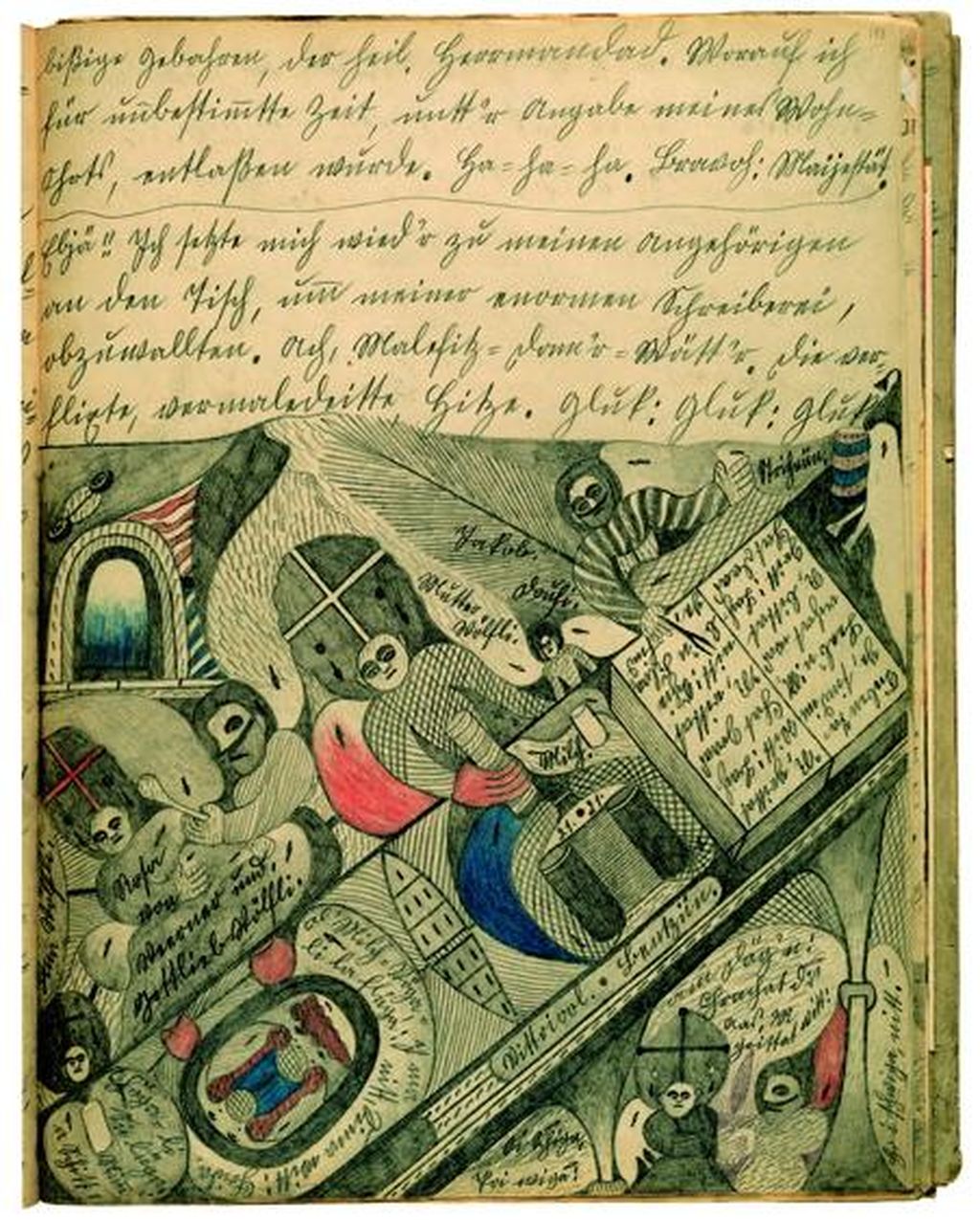 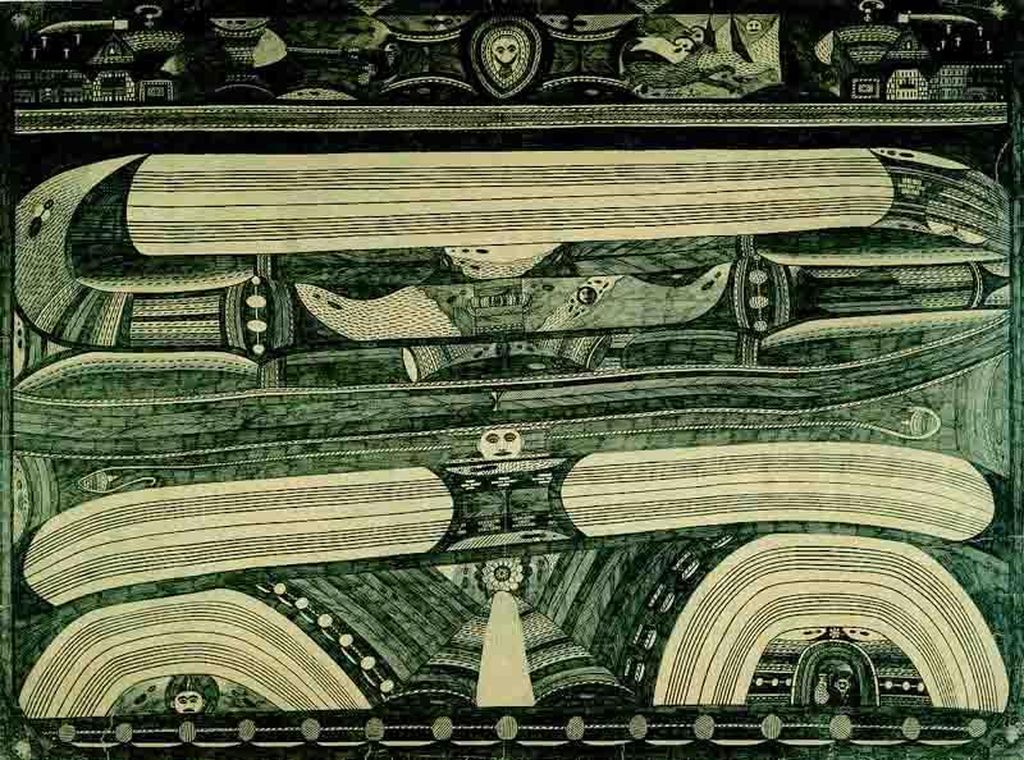 Read our article on circular masterpieces...