Aaron Sibley's "Falling Through" Will Immerse You Eclectic soul saunters into an ally on the border of Spain and spellbinding sound in Aaron Sibley's "Falling Through".

This song stands statuesque in sound, style and significance.

When no one believed you...

You told them why... They would shrug; deride. And now...

No one believes their eyes. 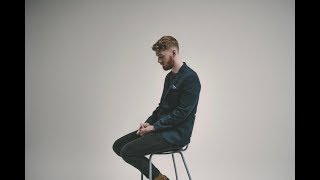 Voice as focus, emotion as impetus, Aaron Sibley sings over soundless space, under snapping hi hats and all through a thoughtful mix of melodic constituents in "Falling Through".

A moment of silence sends a rapture of song over still air at this track's start. Sibley's voice does pirouettes in acapella - a taste of what's to come before we delve deeper in. Guitar chords come crashing in Spanish spume under a heartfelt chorus, then join a pulsing tango tempo kept with a kick. A brief trap hallucination fades to a haze of keys and pizzicato. The mix thickens as pieces parade back in at the coda. In an instant, they vanish as Sibley sustains a single steadfast breath of melisma. A dramatic end to a dramatic tune...

"Falling Through" delivers high energy and through vocal gymnastics and poignant lyrics. A charming track, it'd be a shame for this to pass you by. Give it a spin.