With how many horror games break the fourth wall out there, if a creepypasta style haunted game does you will not realize it until the end.

All of these great horror video games below should keep you pretty busy for the next few hours... Or days.

Claustrophobia offers a scary and dark horror experience filled with blood boiling moments, the story is captivating and draws you in. You are a scientist who has to retrieve important data. The facility is shrouded in mystery and there is no saying what you will encounter.

Unique World ; Explore A dark and mysterious facility with lots to discover. Find multiple ways to escape the facility.

Fight Flight ; Giant monsters block your path, will you fight or run for your life.

Scary Moments ; In this mysterious facility, danger lurks around every corner.

Wishlisting is the best and easiest way to help our indie game succeed! These Indie Games Take Horror To Another Level - February 2022

Made by Varun R.

FeedVid Live is a short puzzle game taking place in an unusual livestreaming app. It's a standalone sequel toFeedVid - the games can be played in any order as the stories are not directly related.

If YouGet Stuck on a Puzzle: Check out the in-game hintssolutions under the gear icon. 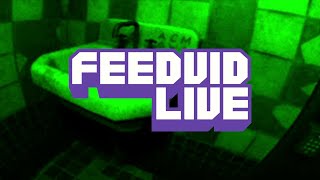 Deadly Nightmare is an exciting and engaging HorrorSurvival game where you play the role of a boy living in a big manor. You need to use all the tools at your disposal in order to explore the world, find mysteries and explore a variety of challenging, scary and supernatural locations. Do you have what it takes to uncover the truth? Only you know that, so go ahead and enjoy this frightening, yet exciting and eye-opening story!Exciting storyIn Deadly Nightmare, the grandmother of our main character died and she writes in her will that some curses are tied to their family. After they died, the curses go into her body. Its up to us, the boy to break the family curses. You have 6 hours to stay alive and survive, then the curse will go into the maids body, and then into the boy. We need to explore the game world as much as possible in order to find the book of curses.Powerful, rewarding gameplayWhat we need to do is to explore the manor and find the book of curses. Once we do that, we need to make spells and curses in order to protect ourselves from the evils power. We also need to finish our main mission, which is The Gate of Curses. That means finding the right materials that we need in order to make the curse and open the gate of curses. In doing so, we will find and try to defeat the queen of curses. Its a challenging, yet great adventure that you can be a part of today.Experiment with various spellsSome of the Deadly Nightmare spells are actually available in real-life, they were used as an inspiration for the game. But most of them are fictional spells that fit into the story and provide that unique, exciting and interesting appeal you would expect.Find and use tools and materialsThese are very helpful and you will need them in order to move onward into the story. Its exciting and rewarding, fun and also easy to get into. However, you can also find some poisons that you can use to get supernatural powers as well.The manor itself is very scary, and it comes with its fair share of challenges. Do you have what it takes to explore it and solve this once and for all? Try out Deadly Nightmare today!Features:Explore the manor and remove the curseCreate curses and spells with cool effectsGrab materials and toolsUse poisons to get supernatural powers

Kidnapped by a mysterious figure, It's up to you to solve the puzzles around you to escape your containment. Trapped VR is a VR puzzle game that focuses on how the player interacts with the game world. To win you must solve the puzzles surrounding you to figure out the secret code that unlocks the container doors. This game is a test of my skills in developing a VR project, so it isn't a fully completed game but it has enough gameplay included to still be fun! Made by The Studio

The basis of all human fears, he thought. A closed door, slightly ajar.: This Steven King quote sums up the feeling of looming dread that fills your body as you play Floor 33.

The story for now a miserable tale of a tragedy you caused that hasquite literally come back to haunt you. Armed only with a flashlight and a list of things to do before you leave with a looming presence that something is not right.

Experience true fear and a terror when pressing the play button!

When downloading the game you will be prompted to leave a tip, although not necessary it is much appreciated wink wink.

This is an early prototype of the game and bugs are to be expected. You've been warned! 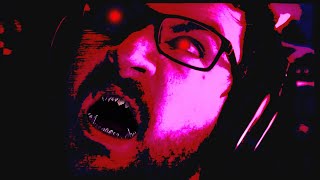 Within Skerry is a short horror development that places significant emphasis on creating an atmosphere of great terror, suspense, and anticipation for the player. Within Skerry also features a dark and twisted storyline with events and audio that will send shivers down your spine.The Accumulation of Evil is an ancient book stating that if enough evil energy is concentrated in a single area, a dark force may be born.Located on a skerry is a large mansion used to meet with many of the worlds top leaders. Is it rumored that during these meetings, world leaders - people of power and wealth - would engage in all sorts of horrific transactions. Some of these transactions are rumored to include weapons and drug trading, human trafficking, and murder.Its been several weeks since anyone has heard from some of these world leaders. Nobody can get a hold of them, and nobody can find them. However, many people who follow this story online suspect that these people have all been murdered on their infamous skerry. Many referenced The Accumulation of Evil, and others call it a misunderstanding. But who is to truly know?I intend to visit the skerry and see for myself. Its not too far off from the mainland, so I will check it out then leave.Within Skerry contains flashing lights. Within Skerry is also a horror game with significant elements of horror and scares that can increase blood pressure, anxiety, and stress. Please proceed at your own risk. For the best experience, use headphones and play alone in the darkWithin Skerry is a short horror game with an estimated single completion time of 60 minutes. As such, Within Skerry DOES NOT offer save-game functionality. Within Skerry must be completed in a SINGLE SITTING.Within Skerry is a short explorative horror game. You will venture throughout the island and discover items, solve puzzles, and learn about the dark story encompassing the island and its inhabitants. You will do all of this while being on edge, as you are stalked by the current residents of the estate.Within Skerry includes several endings, all of which depend on the final choices you make within the game. The more items you collect, and the more story you uncover, the closer you may get to unlocking the final, true ending.Do you have what it takes to escape the Skerry?Within Skerry was an absolute joy to develop. It all started out with a house I've seen and said to myself " I kind of want to build this house and make a scary game out of it". So, I began putting a rough blueprint together, and began developing the house (With a few changes, here and there). To be honest, my vision for the game at the preliminary stages is extremely different from what the game is right now. For one, it was supposed to be sunny outside, and the entire house was supposed to be lightmapped with no plywood blocking off the windows. Unfortunately, I am horrible with lightmapping and every time I did something with lightmapping, things broke, or things just looked ugly altogether. It was a struggle, that's for sure. But as time went on, new ideas popped into my head, and I began to implement these new ideas into the game - ultimately forming what we have here, today.I am also really pleased to finally offer multiple language support. Though, this is my first crack at it, so please be warned, grammar errors may exist :)To this day, I believe within Skerry is my best and scariest game. If you decide to give the game a go, I hope you pop on some headphones, turn the lights off, and enjoy the ride. Please, whether you enjoyed or disliked the game, please leave a review, as all reviews truly help me gage where my games stand, in terms of popularity. Tell me what you like, what you disliked, and even what spooked you out! All your responses will be greatly appreciated.As always, I want to thank you all for the support. Your kindness and support of the games I release are what drive me to want to keep releasing more and more games.Cheers, everyone, and happy gaming!Stan. T You wake up inside a strange bunker. You don't know how you got there, and everything seems out of place.

This game puts you inside a dark, creepy atmosphere. Collect items, kill enemies and complete objectives to progress through the storyline.

In this demo, your objective is to get out of the strange bunker.

This game is an Early Access demo; the full game is coming soon. It is also my first game, so any feedback is welcome!) Made by Ryabcev Pavel

Michael has been suffering from schizophrenia for the past few years, which is why he ended up in a mental hospital. Being in treatment and seeing what was going on there, he realized that hell exists. After a year of compulsory treatment, Michael gets a chance to leave the medical institution. After all, someone or something has turned an already creepy place into a real nightmare. Will Michael be able to leave this nightmare and learn its most terrible secrets, or will he disappear with this place forever? 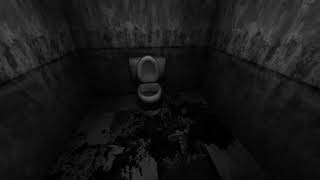