If you're going to try, go all the way. There is no other feeling like that. You will be alone with the gods, and the nights will flame with fire. -Charles Bukowski

The Moth don't care if The Flame is real, 'Burning Man,' a festival of free-flying creative energy... Doused in kerosene and pelted with lit matches.

The notorious Burning Man event revolves around the incendiary sort of entertainment only a colossal fire can provide. A testament to temperature, the week-long event goes so far as to take place in an arid desert - celebrating heat on heat with fiery displays in such an extreme environment.

"If you're going to try, go all the way. There is no other feeling like that. You will be alone with the gods, and the nights will flame with fire." -Charles Bukowski

Naked frolicking, free love, pagan wonder and an unhealthy dose of intoxicants make for a memorable experience all-around, but towering (literally) above all else are the super structures and creative displays erected for the event.

"The Moth don't care if The Flame is real,

'Cause Flame and Moth got a sweetheart deal." -Aimee Mann

All manner of luminescent pseudo-monuments and mutant-architecture roll into the area up to a month before the event - transforming a once peaceful, albeit life-threatening stretch of nature into a scene from Mad Max. Mind you, a scene from Mad Max with endless techno rave music.

Here, we'll concentrate on the event's many temples ranging from ten years ago to the ambitious up-and-comer of the year. 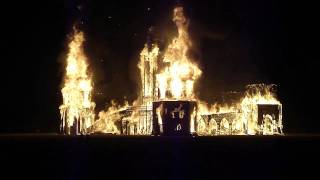 2012's temple had an oriental look to it and a complex adorned gable at its front. 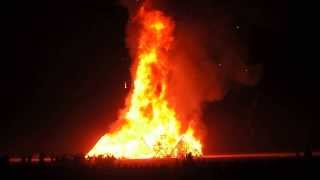 This one looked like a humongous bell waiting to be rung. 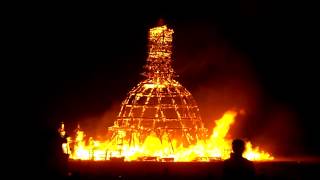 2015's temple was long and hollow. A metaphor for its namesake? 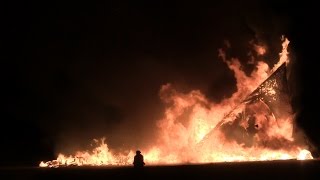 This nameless creation fused an Asian aesthetic with the dust of the desert. 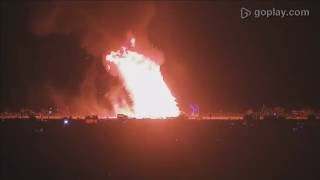 A symbolic design of a forest supporting a canopy of clouds, 2017's unnamed temple stood in jagged contrast to the surrounding environment. 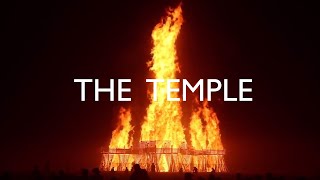 As of yet unmade, this year's monumental temple is meant to mimic the swirling tumult of a living galaxy.

Erecting an artistic monument over the course of weeks only to have it burn to formless ashen nothingness... An act of love?

Burning Man's condemned temples are the physical representation of life's fleeting nature. People flock to them in droves to deposit pictures of loved ones, messages of mourning and more before the big burn. There they are, then they're gone again...